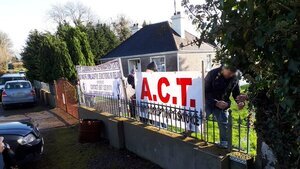 The scene of a forced, violent eviction last December of the McGann family – two elderly brothers and sister – and the repossession of a farmhouse by security guards working on behalf of US vulture Cabot, which purchased the loan from KBC Bank.

More than a dozen people have gathered inside the gates of a house in Co Roscommon in support of a family at the centre of a repossession row.

The McGann family had been given until midday to vacate the house at Falsk near Strokestown.

The house has been at the centre of a long running legal battle between the family and KBC bank.

Supporters inside Roscommon property at centre of repossession row (RTÉ) 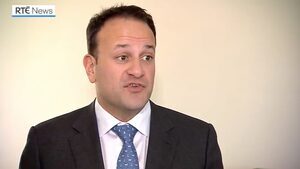 “It Was A Very Highly Organised, Highly Violent, Vigilante Attack” 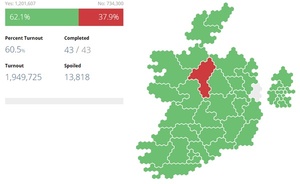 Fanfare For The Roscommon Man 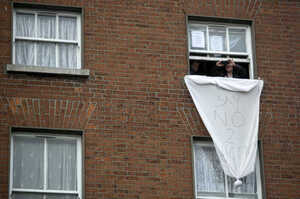 Squeezed Out Of The Market

16 thoughts on “Meanwhile, In Roscommon”