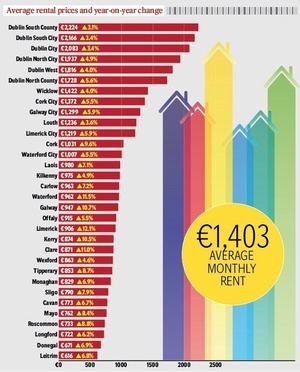 Via Charlie Weston in Independent.ie:

Rents have risen so much that they are now €373 a month higher than the previous peak they hit during the property bubble in 2008, according to the latest Daft.ie rental report.

Dublin rents are up almost 4pc in the past year, with the average monthly cost in the capital now €2,044. This is €76 a month more expensive than the same period last year. This means it is costing a Dublin family €912 more a year for accommodation.

“Berlin and other cities have recognised that pricing ordinary people and families out of renting is a disaster for a city, for its people and for the economy. Berlin has limited rental increases to the rate of inflation and set caps on maximum rents. We urgently need these kinds of protections here. It’s time that this Fine Gael Government prioritised the ‘locked out generation’ – those for whom even renting a home is now becoming a daily struggle, never mind owning one.” 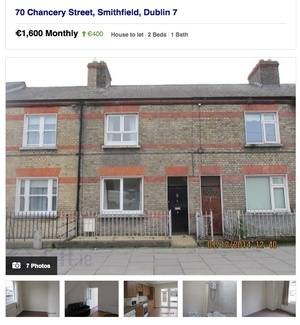 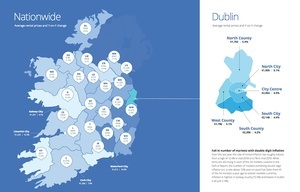 I Fought The Law Of Supply And Demand 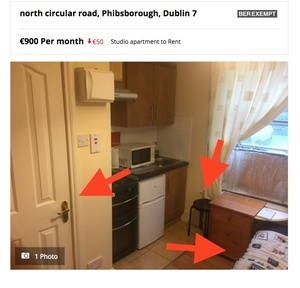 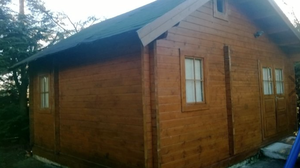 52 thoughts on “The Risen People”