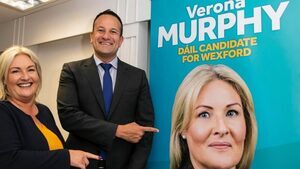 Fine Gael’s leadership didn’t know its besieged candidate Verona Murphy was also at the centre of bullying allegations made by a female worker.

The party is embroiled in controversy over its by-election candidate linking migrants with terror group Isil.

Despite concerns within the party about Ms Murphy’s views, Tánaiste Simon Coveney gave a significant show of support yesterday by campaigning with her in Wexford.

Ms Murphy is the president of the Irish Road Haulage Association (IRHA). Last year, the Workplace Relations Commission (WRC) found an office manager at the IRHA was penalised for raising concerns of alleged bullying by Ms Murphy and others.

The female worker, who is in her 60s, raised a bullying and harassment complaint against the president and claimed Ms Murphy “took umbrage against her for raising such concerns”. Ms Murphy denied the allegations.

Fine Gael sources said the party knew nothing about the matter until now….

A quick google would have found this story about Verona Murphy and the IRHA in the @irishexaminer from February of this year. Also available on @broadsheet_ie. Fine Gael sources telling @Independent_ie they knew nothing about it until now. pic.twitter.com/XLzZi1k1wN 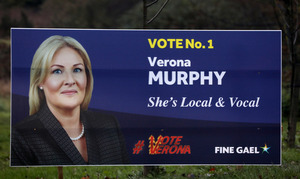 How Hatstand Did It Get Last Night? 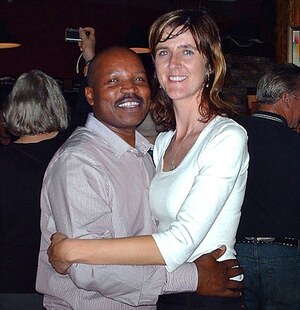 41 thoughts on “Due Diligence”