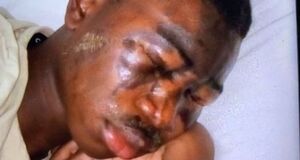 Tega Agberhiere, 17, was one of three victims of the attack

how in the name of Justice does this make sense? So you can throw acid on someone in Ireland and get away with a caution ?

Tega Agberhiere (17) was one of the three victims of the attack. He suffered horrific injuries to his face, eyesight and other parts of his body when a substance was thrown on him. He plays for Waterford FC’s under-17 side and has represented Ireland at underage level.

His mother Christie Agberhiere says her “heart is broken” after being informed the alleged perpetrators would not be charged. She was speaking following a meeting with Waterford gardaí on Wednesday afternoon.

She said gardaí explained that, due to the alleged perpetrators being underage, and due to them not coming to Garda attention before the incident last April, the two will instead receive juvenile cautions.

Gardaí also told her, she said, that the two boys would need to avoid coming to Garda attention over the coming year. 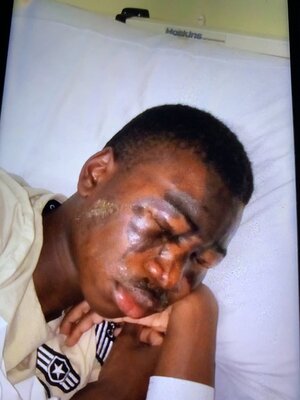