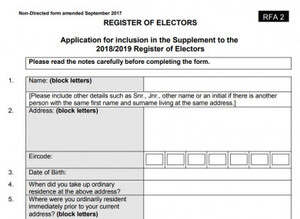 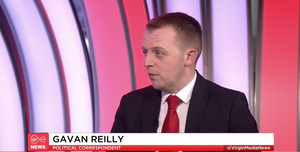 On Virgin Media News at 8pm.

The station’s political correspondent Gavan Reilly explained that people who have registered to vote in Ireland in recent months may not be registered in time to vote.

“It’s emerged in the last couple of hours that basically anyone who has registered to vote, certainly in the last eight months, will not actually have had their registration processed in time for general election.

“And that is on the presumption that the general election is going to take place on either February the 7th or 14th.

“The reason for that is that, by law, the new Register of Electors takes effect every year, legally, on February the 15th which is just after we expect the election to actually be.

“But there’s an extra complication which is you can’t get added to a Supplementary Register until the election has officially been called. And of course, as of now, it hasn’t actually been.

“So only when the election is called will it be possible for people who are already registered on the pretence that they thought they’d be in on time, to get registered for this year’s one. And the time will be of the essence as well because they’ll have to get registered two weeks before polling is actually going to take place.

“And it means you could have tens of thousands of people – 18-year-olds who might be registering for the first time who already thought they were in before they needed to be done who now could have a fairly frantic couple of days, trying to get all the paperwork in on time.”

Update: Based on replies I’ve had it seems *some* local authorities might be prepared, in effect, to turn a blind eye and would require no further action from registrants – their application for 2020-21 would be treated as if it were for 2019-20. Call your council to ask!

All Going Accordion To Plan

19 thoughts on “Quick, Check The Register”