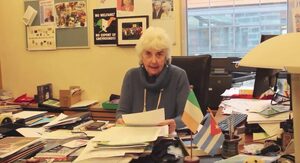 Independent TD Maureen O’Sullivan announced that she will not be seeking to retain her Dáil seat in the election.

“After much thinking and talking, I have decided not to stand in this election. It was a difficult decision to make especially after what’s been a very considerable and unprecedented legacy of almost 40 years of an Independent seat in Dublin Central – held by the late Tony Gregory for 27 years and by me for over 10 and a half years.

I’ve worked hard in those years and in a respectful way to raise constituency issues, especially for the north inner city, and also raise national and international issues.

Those issues ranged over addiction, mental health, disability, community empowerment, housing, youth – services and education – great to see History restored for Junior Cert. I worked with New Communities, with prisoners, with group Justice for the Forgotten those affected by the Dublin/Monaghan bombings.

I worked in relation to Moore Street, the Magdalen Laundries, Ireland’s neutrality.

While progress is being made on animal welfare, it’s disappointing that cruelty continues but I do believe we will soon see an end to live hare coursing.

I’m sorry not to be here to complete my Sex Offenders’ Bill which would have made it difficult for those convicted of child sexual abuse in Ireland from being able to abuse children in countries where there is a sex trade involving children.

And I’m also sorry not being able to progress my planned legislation on Business and Human Rights due diligence.

I’ve been persistent on tax justice, especially corporate tax, persistent on Human Rights for those in the Developing World – communities, indigenous peoples who risk their lives campaigning for justice, accountability and in exposing corruption.

Being part of Independents 4 Change group has been very positive – we co-operated, collaborated also disagreed and voted differently from each other sometimes – real independence. I wish them well.

Everything I’ve said and done has been through a commitment to Social Justice, Equality and Fairness.

Finally, I want to thank you to those who voted for me, followed me on Facebook and Twitter.

I want to thank all the Oireachtas staff and very especially my own staff.

Then a massive thank you to the canvassers and friends for their support, commitment, energy, enthusiasm, good humour and not only at election times – I think we can be proud of our contribution.

It has been an honour to serve Dublin Central and to have extended the Independent seat after Tony’s death.” 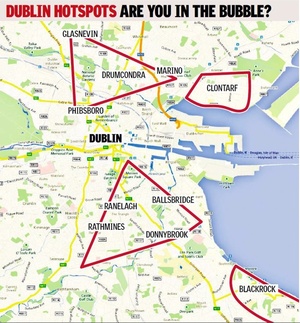 Are You In The Bubble? 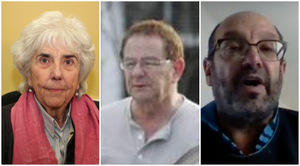 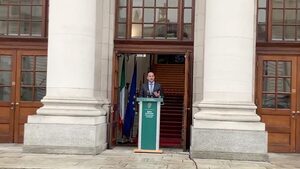 8 thoughts on “Message From Maureen”