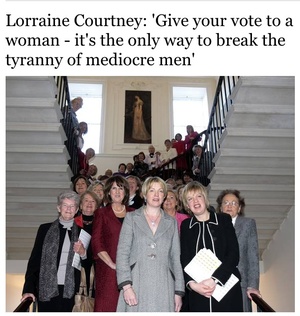 ‘Walking down the street this morning, passing all the election posters, I thought about all of the mediocre men who have been elected to Leinster House over the years and how the most mediocre of all those men got elected because he was born a man (and his dad was probably a TD before him).

Female candidates have to work twice as hard to convince the electorate that they’re really as worthy as that man who has coasted along on his male privilege his whole life. They deserve a chance from all of us….

…If I meet a candidate who seems competent, hard-working and her politics somewhat align with mine, and she’s a woman, she is getting my vote next month.

Women cannot just be sidelined, arguing for change from our kitchens, we need to be allowed to thrive and fulfil our true potential in the political world too. Now, it’s women’s turn…’

Lorraine Courtney: ‘Give your vote to a woman – it’s the only way to break the tyranny of mediocre men’ (Independent.ie) 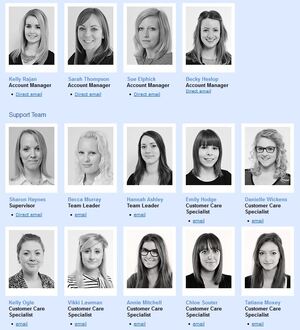 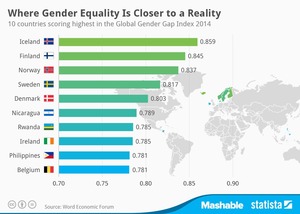 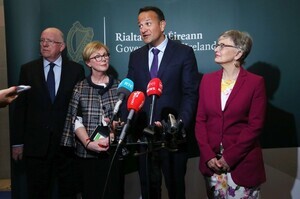 “It Could Take Generations Before Men And Women Are Equal”