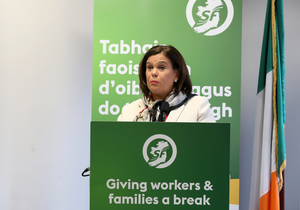 AND a refundable tax credit will reduce rent by 1,500 a year along with a freeze on rents for three years.

The party’s election manifesto also says that Sinn Féin can deliver all its promises ‘while also returning a surplus‘.