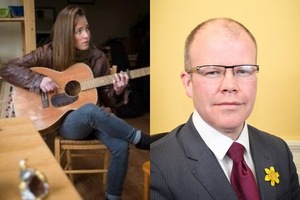 Following her performance, Mr O’Rourke and Ms Peat had the following exchange after he asked her about folk songs and their use as protest songs.

Radie Peat: “I am thrilled to play that song after Peadar Tóibín there because it’s basically, yeah, it’s a protest against some of his views. So I’m pretty, pretty glad I got to play it.”

O’Rourke: “Your name Peat, as in Radie Peat, it’s associated with a very long-running, sadly no longer there, Peat’s on Parnell Street.”

O’Rourke: “But it gives you, I suppose, an identification with this great capital city of Dublin. Because it was an institution there for how many generations in your family?”

Peat: “So it was three generations. It would have been my great-granddad WB Peat founded that. Yeah, so it was very sad, very sad to see it go, you know.”

O’Rourke: “And I read somewhere that every time you come back from, say you’re foreign touring, you just notice something different, not all of it that you appreciate or would approve of, in just the streetscape and the shape of the capital?”

Peat: “Yeah, I’m finding it really shocking. It’s not one building, it’s entire blocks just seem to be missing. I spotted another two just yesterday, just gone. You know, so, I find that worrying, really. And I wonder what’s going up in its place and if it’s like a hotel or student accommodation. That’s not what we need.”

O’Rourke: “Just on that thing, yeah, I read that you’re not mad keen on the amount of student accommodation that’s being built but I mean every year, every autumn we, on this programme and others, we’re reading about students just struggling to find somewhere to live.”

Peat: “Yeah but that’s part of a bigger problem that there’s like a housing crisis and a rent crisis and the rents are too high. You’re not going to fix that by building student accommodation that no one has the possibility to buy.”

Peat: “That’s not going to work. You need to build social housing, you need to sort out, like there’s bigger problems there than students not being able to afford, families are homeless, that’s a bigger problem.”

Ms Peat is taking part in Imagining Ireland: Speaking Up, Singing Louder at the National Concert Hall on Sunday, February 9.

She’ll also be a special guest when Beak play at the Button Factory on Thursday, February 6. 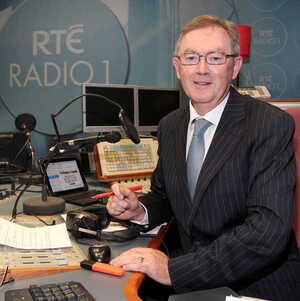 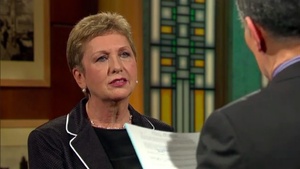 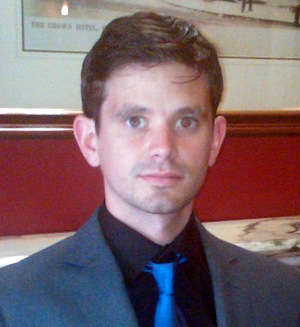 Do UKIP In The NIP?