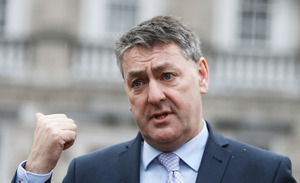 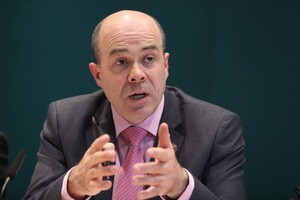 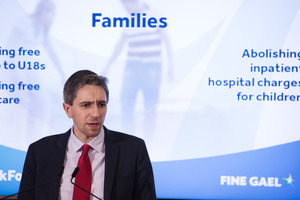 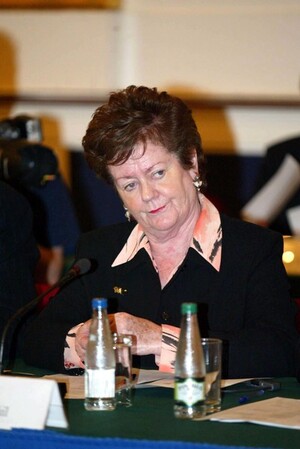 On RTÉ’s Today With Seán O’Rourke.

Listeners were also informed that RTÉ had requested someone from Sinn Féin to join the show but this did not happen.

“Now, the momentum right now is with the Sinn Féin party and its leadership as they go around to gather like-minded people…”

“My belief now is that when that day comes [the election of a Taoiseach], when, if Mary Lou McDonald will be put forward as the leader of her party for the role of Taoiseach that Fianna Fáil should not participate in that vote…”

“…But for me now, I’m quite clear and I want it, to say it, we stick with Micheál Martin because for me and for many of my ilk, he is the person who is still the best to lead us out of the electoral difficulties in which we now find ourselves. You didn’t ask me about that but I’m telling you that.”

“The idea that Fianna Fáil and Fine Gael would find some small party and coalesce in advance of giving the process of the people’s will an opportunity to play out would simply be an affront to democracy. I mean, we have to accept that Sinn Féin has 37 seats. It’s the largest popular vote.

“Mary Lou McDonald has said quite clearly she wants to put together a coalition that would exclude Fianna Fáil and Fine Gael and, you know, there’s an obligation on her to try and ensure…”

“…if Fianna Fáil and Fine Gael somehow got together today or tomorrow, brought in a few Independents, and rammed through into Government, what do you think would be said by Sinn Féin and everybody else and the public at large…”

Independent TD Denis Naughten, who was re-elected in Roscommon/Galway on the fifth count, said:

“And I believe what needs to happen in this stage is to allow time for the parties to consult with their own organisations, that they should sit down, everyone, around a single table and negotiate a national programme for Government that would take in the best elements of the various manifestos.

“Because the one thing that I got on the doorsteps from people is that they’re sick and tired of the political bickering that has been going on. They want to see politicians collectively coming together and implement practical solutions in terms of health, housing, regional balance, agriculture and so forth…”

“…yes, this is a hung parliament so to speak that we now have as a result of the vote of the electorate but that’s what the electorate voted for. The responsibility is on us now to form an operational government.”

“I agree with Billy Kelleher on this. That the process should be that Mary Lou McDonald is the leader of the largest party, who got the most votes in the election. She should now do what she said she was going to do.

“She made a lot of promises, a lot of commitments, let her off now and see if she can try and form a Government.

“I wish her well in that regard.

“…if she can’t, if she can’t, I do think there’s an obligation on the centre of Irish politics, which still won a hell of a lot of votes by the way. You would think from some of the media commentary that everybody voted Sinn Féin – 76% of people did not vote for Sinn Féin to be in Government.”

Asked if he thinks Leo Varadkar should step down as leader of Fine Gael, Mr Harris said: