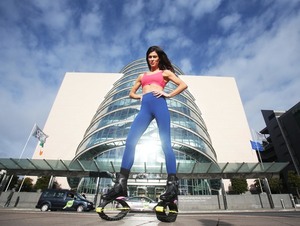 Last week, with a pair of tickets to give away to both the Saturday and Sunday of this year’s Thrive Festival in Dublin’s Convention Centre on February 29 and March 1 on offer, I asked you to name your favourite song about food or which mentions a particular food.

I am giving the tickets to two different winners: a pair of tickets for Saturday and another for Sunday in an effort to get four people fitter rather than the previously advertised two.

I Ain’t Gonna Give Nobody None Of My Jelly Roll by Leon Redbone.

Classic jazz from a classy man.

Horse It Into Ya, Cynthia by Conal Gallen.

Onions, burgers, cheese and onion crisps – what’s not to love? For the truly committed, or those who need to be committed, there’s a dance version…Kiltimagh gets namechecked and the whole oeuvre is redolent of a vanished Ireland – buíochas le Dia

Nick says: Thanks all!

The Name Of The Game

I Hear The Call Of Spring

3 thoughts on “Thriving At The Crossroads”