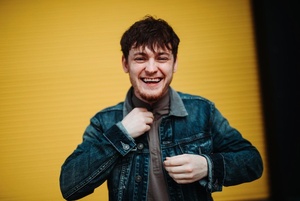 Cometh the arrow, cometh the man.

Ryan McMullan (top) quivers at the mythological matchmaker on the title track of his new EP.

The singer from Portaferry, County Down, says:

“These songs reflect a handful of times where it felt like Cupid has been toying with me. Amusing himself by throwing me into situations where I’m either out of my depth, hoping for reconciliation, or unable to escape the truth that even at the end, I’m still holding on to even the worst of my attempts at love.”

You can catch Ryan live on his Irish tour in May.