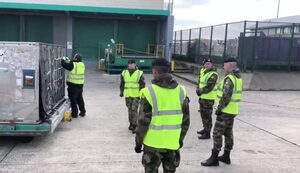 On RTÉ’s Morning Ireland, China’s Ambassador to Ireland He Xiangdong spoke to Rachael English about the shipments of personal protective equipment (PPE) on their way to Ireland from China, a deal in which Mr He and his staff have been involved.

The interview followed the Netherlands, Spain and Turkey claiming they have encountered problems with Chinese-made coronavirus testing kits and protective equipment.

It also followed the first batch of PPE arriving in Ireland from China, as part of a €208million deal, yesterday and being distributed around the country from last night.

Before the ambassador spoke to Ms English, the HSE’s Chief Operations Officer Anne O’Connor told Ms English that further shipments will arrive in Ireland via a total of ten flights by Wednesday this week.

“I think we have 300 flights coming with PPE over the coming weeks so that is very significant.”

At the end of her interview with the ambassador, Ms English and Mr He had this exchange…

Rachael English: “People may have seen reports over the past days from the Netherlands, the Government there saying that some face masks it imported from China, that there was a problem with them. Can you reassure people that that won’t be the case here?”

He Xiangdong: “I think that the HSE procurement department are working closely with the suppliers there in China. I think that we will try our best, do our best, together, to make sure that all the PPE will abide by the standards.”

English: “Well, listen, thank you very much for joining us…”

#BREAKING
Aer Lingus flight en route to China to collect #PPE has returned to #Dublin shortly after take off. @VirginMediaNews

“EI9018 has returned to Dublin following a bird strike…. it will be assessed..upon its clearance for travel a new departure time will be ascertained” pic.twitter.com/DJxtffGJkt 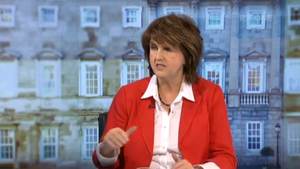 ‘This Is A Moral Issue’ 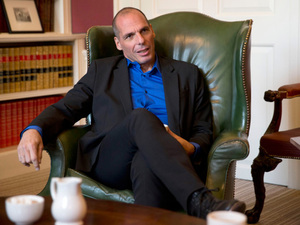 ‘We Are A Proud People…Like The Irish’ 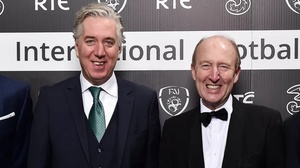