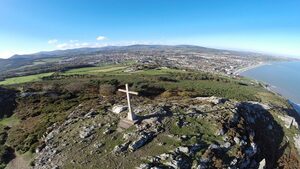 ‘The words of the prophets are written on the subway walls and tenement halls.’
– Paul Simon

‘As I went down in the river to pray, studying about the good ol’ ways, and you should wear the starry crown – good lord, show me the way.’
– African-American Slave Hymn

The first book I read, and the first book that was read to me, was the Bible. The first sin I was taught was the sin of racism. My mother was a fundamentalist protestant Christian. So was Dr. Martin Luther King.

So much of the progressive politics of my birth-country was rooted in faith – from the pre-civil war Presbyterian abolitionists; to many of the first trade unionists, gunned down by para-military agents of employers; to the founders of the Catholic Worker Movement; and the civil rights movement of the 50s and 60s. All were informed by a number of sources, and faith was one of them.

Why should we be surprised? The Old Testament prophet wrote:

‘Those who recline on beds of ivory and sprawl on their couches, who eat lambs from the flock and dink wine from by the bowlful, while anointing themselves with finest of oils – you have turned justice into wormwood and hate the man dispensing justice and detest those who speak with honesty.

You have imposed heavy rent on the people, extorting levies on their wheat. You have sold the poor for a pair of sandals and left the widow and orphan outside the city gate – I will destroy your mansions and all who dwell in them (only a few will escape to carry out the bones).

I do not want to hear your prayers; I do not want to smell your sacrificial feasts. ). I reject your solemn assemblies. I want justice to flow like a river. Thus speaks Yahweh.’ (Amos: 5 and 6).

Class war has nothing on this.

So, Easter Sunday. Christians celebrate Jesus’ physical resurrection from death and his return to the creator, his father.

All great religions have similar stories: the Jewish migration from slavery to the Promised Land, Mohamed’s first revelation in the cave outside Mecca, Buddha’s awakening under the Bodhi tree, Krishna’s counsel on the battlefield of life, Lao Tzu’s final advice before he leaves into exile.

These stories contain great sacrifice, great defeats and ultimately, great victory. We are, first and foremost, story-tellers and our first stories are those of struggle and liberation.

I may have moved away from my mother’s faith, but maybe because I grew up with it, the Christian story strikes me as particularly thought-provoking. For though there are mythological precedents, in the Easter narrative God (the Word made flesh) actually dies.It is a brave faith that contemplates the death of its deity. No wonder darkness descends, earthquakes rip open the tombs and the dead walk the city (Mathew 27: 51-53).

The first Christian telling of that Easter morning was not, however about how Jesus appeared to the many. All references to Jesus’ physical re-appearance were later textual interpolations.

That’s why none of the Gospel writers agree on the main points of what happened after the resurrection: Jesus ascended to heaven on the day of his resurrection or he spent 40 days on Earth; he appeared in his own form or in many forms; he ascended from Galilee or maybe from Jerusalem; and so on. Confusion? Yes. Important? No.

The earliest Christian manuscript, Mark, actually ends with Jesus’ disappearance, not his reappearance – a more ambiguous but, for me, a more provocative ending.

For on that first Easter morning, when Jesus’ mother, Mary Magdalene and Salome went to Jesus’ tomb to perform the death rituals they did not find him there or anywhere else.

All they found was a ‘young man’ telling them that Jesus wasn’t there, that he had risen. And what was their reaction?

The last line of the original Christian story puts it this way:

‘And the women went out and fled from the tomb, for trembling and astonishment had gripped them and they said nothing to anyone, for they were very afraid.’ (Mark 16:8)

The Christian faith was rooted in an empty tomb, a cryptic message from an unknown, unnamed man…and fear. And who brought this story to the world?  Women – who in Biblical times were (and still are in so many places and households) treated as second-class, without rights, chattel. The Christian story of salvation starts with a confused message brought to the world by the marginalised.

Today, people celebrate the evolution of that Easter story – evolved not by hidden or supernatural forces – but by men and women filled with the Good News they now couldn’t wait to spread: that death has no domain, that the cryptic message is now clear as the darkness recedes; and that our original fear is not only conquered but transformed into celebration.

Or, put another way, we are no longer enslaved.

The lyrics of the African-American slave hymn quoted above contained hidden messages on how to escape – ‘to go into the river’ is advice to use the water to escape the scent of the tracker hounds; the ‘starry crown’ – use the stars to navigate; ‘show me the way’ – get to the Underground Railroad and, so, freedom).

On this Easter morning, so many here and throughout the world will wake up to fear – fear of a virus, fear of losing loved ones and friends, fear of what the future may hold (this is in addition to the millions waking up to hunger and war, exile and dispossession).

On this Easter morning, we have a choice.

We can hide in our fear, and passively submit ourselves to a future designed by others for others.

Or, coming out of this crisis, we can raise each other up and make clear the good news – of prosperity and hope, democracy and equality; from that tomb, that dark space of decay, comes a new light, a new recovery, a recovery where everyone is invited – no one left behind – to collectively rewrite what is now a desultory narrative.

It is our choice. It is in our power. This is Easter Sunday morning. It belongs to all of us.

Michael Taft is a researcher for SIPTU and author of the political economy blog, Notes on the Front. . 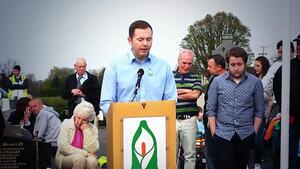 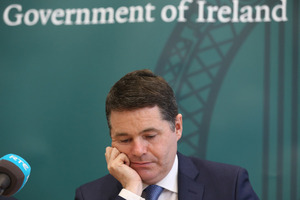 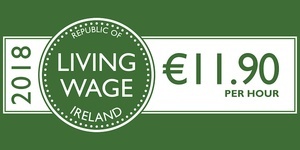