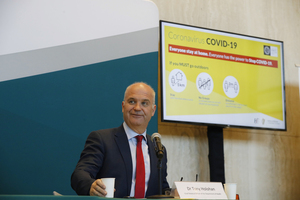 It followed a report by Mr Ryan on Tuesday that health officials had advised that people aged over-70 should continue cocooning in their homes until August. Mr Ryan reported that this advice was overruled by the Cabinet.

Mr Holohan has denied there was any such overruling and has previously said the report was inaccurate.

At the end of their exchange, Mr Holohan said:

“You’ve pointed to textual changes and you’ve placed an incorrect interpretation on them. That’s not the same as saying our advice was not accepted. It was accepted, it’s in the document, it’s clearly set out. And I don’t have a reservation about that.” 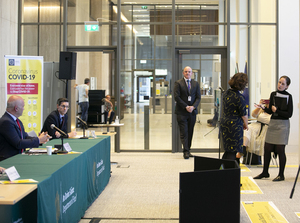 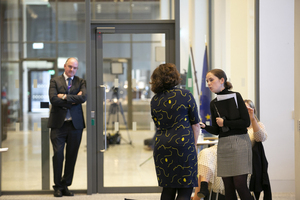 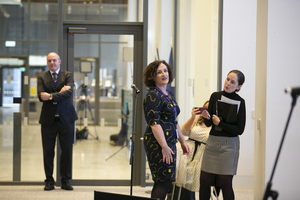 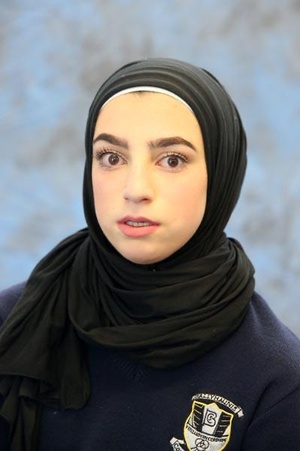 At the same briefing yesterday, and immediately after Mr Ryan’s exchange with Mr Holohan…

A woman who introduced herself as “Jemima Burke from Western News” had the following exchange with Mr Holohan about the death of Sally Maaz, a 17-year-old pupil of Ballyhaunis Community School.

Jemima Burke: “Jemima Burke, Western News,  Mr Holohan, in your statement today, you say we have to adapt to our behaviours in order to live safely with Covid-19.

“However there have been serious concerns raised over the safety of hospital wards at this time. Especially with the past few days. Sally Maaz was a 17-year-old Leaving Cert student who died in Mayo University Hospital on the 24th April. Her family have just released a statement around the circumstances of her death.

“She died just days after being admitted. Her family were not permitted to visit her over a five-day period and eventually when she was finally tested positive after being in that ward, her parents were rang and told that she was given a few days to live.

“My question to you today is: can you confirm are hospital patients who have not tested positive for Covid-19, are they admitted to Covid-19 wards?”

Burke: “Her parents have released a statement around the circumstances of her death…”

Holohan: “I understand that and I don’t think you will reasonably expect me to comment on any of the circumstances around…I don’t have all the details in relation to it. This is a terrible tragedy for the family concerned. I’m not going to compound it by anything I would say.

“There are clear procedures in place to try to, in the hospital system, provide adequate and appropriate protection for people, separation of people in terms of risk of Covid…”

Ms Burke went on to question Mr Holohan at length, without giving him a chance to reply, before she was asked to leave.