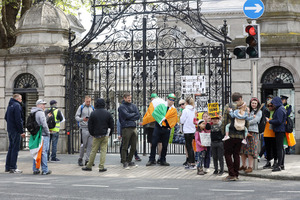 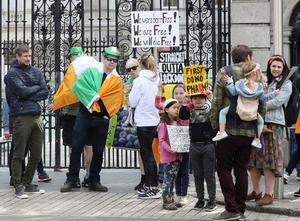 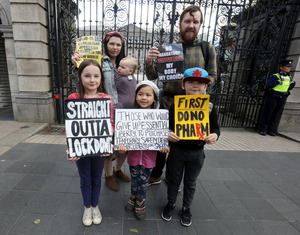 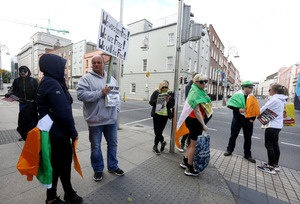 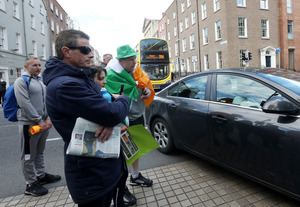 Protestors demanding the end of the lockdown outside Leinster House.

Earlier: By The Dasboard Light

Back To Life, Back To Reality

Every Day Is Silent And Grey

I’m Going To The Shops