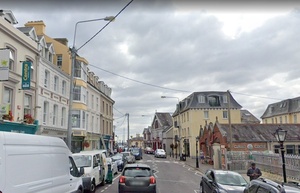 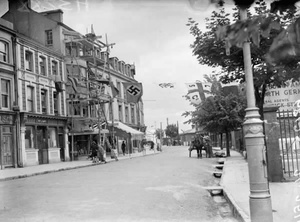 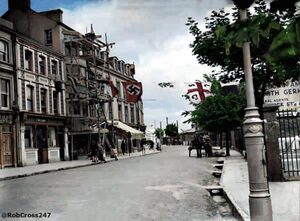 My restored and colourised photo featuring a Nazi flag flying high on West Beach in Cobh, County Cork during the Treaty Port handover of Spike Island on the 11th of July 1938 following the establishment of the Irish Free State.

Norddeutscher Lloyd Bremen (North German Lloyd) ran a route from Bremen to New York via Queenstown (Cobh) in the 1930s.…The flag on the right is for the Limerick Steamship Company “LSSCo”.

Meanwhile, In The Queue At The Working Abroad Expo (Cork) 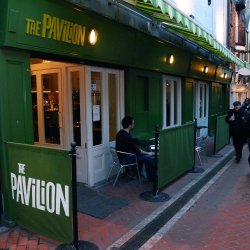 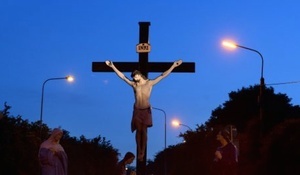