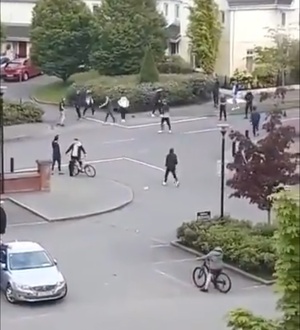 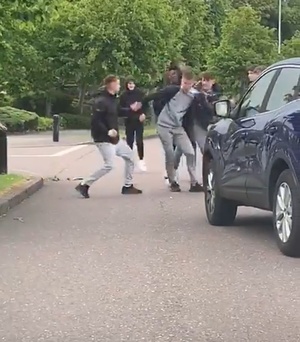 Gardaí are investigating reports that dozens of teenagers met for a prearranged fight in Co Cork on Saturday night in breach of the Covid-19 regulations.

Videos posted on social media show up to 60 people – all believed to be minors – fighting in groups in a wooded area near Mount Oval Village in Rochestown.

Gardaí are understood to be investigating if the fight was prearranged between pupils attending a Cork city school and a group from east Cork who travelled for the confrontation.

This was not the organised.youths from outside of mount oval came up looking for a fight and picked on a group of youths who were casually sitting and talking.the deadly youths proceeded to ask for money and then hit the other group of youths

The ‘Rochestown Neighbourly Watch Action Group’ break their silence on the violence in #MountOval yesterday. pic.twitter.com/a8zEWvqrSM

Jason Statham Vs Everyone