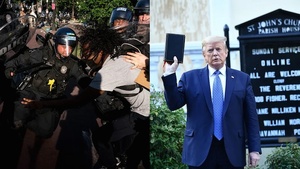 At least five US police were shot during violent protests over the death of a black man in police custody, hours after President Donald Trump vowed to use the military to halt the unrest.

It comes after an official post-mortem has found that George Floyd, whose death at the hands of Minneapolis police triggered protests across the US, was killed by “homicide”. 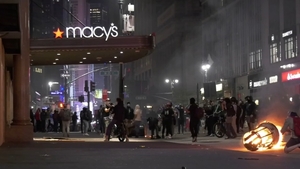 You Know THAT Kiss?

Before And After: Tottenham

Phew! It Was Johnny Foreigner All Along

36 thoughts on “Take Me To Church”