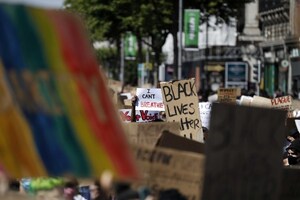 It’s a June 2020 I don’t think anyone really envisaged.

For me; single, living in a shared apartment in Dublin with no balcony; with a housemate (who has opposing views and tastes in most of the conversational things in life) celibate, I’ve been adhering to the guidelines and socially responsible for more weeks than I care to count at this point.

It’s a struggle to define the level of loneliness, with all family either on the opposite side of the country or abroad.

I feel strongly that there are many like me and including this may help someone know they’re not alone right now. It may even help to read this lengthy rant I felt the compulsion to write.

We all need to take breaks from social media. It is, however, very hard not to have your attention and heart gripped with what is happening on the other side of the ocean. And many will condemn the protesters for actions which contravened Covid-19 protocols here in Dublin.

However, I have witnessed many house parties in the city centre and, in my observed opinion, most non-adherence to guidelines is happening behind closed doors.

Given the mental health implications of staying at home, I won’t condemn someone who broke guidelines because they could simply no longer go on without human contact and, in doing so, perhaps saved their life.

This is a Pride month like no other and I think it’s very important to establish that if you are not willing to take the time to understand what brought people to the American Embassy – the embassy of a country to which modern Ireland has very deep strong ties – then you probably need to. You also need to learn that no amount of tweets, videos or digital alternatives is a substitute for protest.

Many people (including gay people before they come to terms with it and come out) associate Pride with parades and an extra level of nudity and colourful displays of expression.

But it’s there to remind us of the riot which founded the modern-day movement and to remind everyone that, though oppressors forced most of us to live in a place of hiding, a tipping point was reached.

After lifetimes of oppression, forced double lives, social invisibility, condemnation, murder and disregard as lesser human beings… It was the consistent pressure of an American police force on the only safe space LGBT+ people had left, that ignited the movement that gave me the freedom to be who I am today openly.

One of the people who started to push back was a black trans woman. If she and those around her stood silent and continued to let someone stand on their necks, the foot would have succeeded in complicit silence.

Just over five years ago, Panti Bliss eloquently gave us in Ireland the language to express how we felt. Generations of Irish LGBT+ people had been unable to break Ireland’s complicit silence because we simply didn’t know how, and we certainly didn’t feel, that we could express what it was like.

There is an understanding that a white gay man will never fully understand the experiences of black or people of all colour. To infer that I, or as white gay men, do is wrong. There are, however, far too many similarities in the shared experiences for us not to look at and the chance that they present to increase the strength of the equality movement internationally.

The hope that inclusion for all of humanity to realise the strength of numbers in a shared agenda for unrestricted access to equality, regardless of colour, sexuality, creed or gender, is within the scope of possibilities if we act up and answer the pleas of those fighting to be in a society that promises fair freedom to all citizens.

Mankind has entered an era of sufficient education en masse to recognise each individual’s own worth – the product of generations’ past battles – to better humanity. Here we are.

Like so many, but not all, gay men, I was always afforded the ability to hide from my oppressor. To deepen my voice, check how I walked, check what I wore and check how I held a cigarette helped me evade getting called out, ostracised and beaten (physically or emotionally).

Living the double life I can only postulate has so much to do with the increased levels of mental illnesses which studies show LGBT+ people are more likely to encounter in life.

I’ll never know a life where that ability to hide was not afforded to me, until I was ready to relinquish it. We campaigned door to door with our stories over five years ago as Ireland said “sure come on up here ’till I get a look at ya and see if you’re alright”. We bared our souls publicly and we put ourselves on display, to be examined, nationally.

And yet, even though we won, we had still gone face-to-face, door-to-door and toe-to-toe with our oppressors – the ones we lived in fear of for years.

We knocked on doors waiting in anticipation of an opinion on ourselves – to have a fundamental part of our existence open to opinion and debate, scheduled and systemic, in quick succession, just asking to be considered equal.

Irish LGBT+ people chose this route out of respect and love for the Constitution and the sacrifices that founded this State born from our ancestors’ oppression. We also inherited a situation that – in order for a harmonious respect and inherent love of both identities – there simply was no choice but to start asking.

Seeing black and people of colour hug tearfully outside the US Embassy in Dublin at the weekend, crying out for help and for support, on the first day of Pride month 2020, I suddenly saw myself back in an Ireland before we, as a majority, said Yes.

I remembered how many straight people understood they could never understand, who listened, and said Yes. Having had five years to digest being equal – at home at least – and to look back, I’ve realised that it would be contrary to my fought-for equality and freedom to exist without prejudice while simultaneously denying the same to another anywhere. And silence would be denial.

There stands a hope for two movements to unite in securing their common basic human right to simply be without prejudice. In Ireland five years ago, we underwent the social revolution that allowed us to share and listen, to open ourselves to empathy and, where possible, sympathy. Many people learned that we are not ok with silent suffering.

A hope now exists for what can be achieved as a collection of movements to recognise the common goal, acknowledge that racism within LGBT+ people is an isomer of homophobia in black culture. Humanity’s future – if it is to progress – depends on recognising and respecting that which binds us.

So by all means cast judgement. Tell stories of how racism doesn’t exist in Ireland; that this is just America’s problem; tell me Pride finished its job in 2015; tell me not to feel bothered by “LGBT+ Free Zones” in Poland, after all…it’s over there. Hitler was over there too but he spread just like a virus.

I was born into a world where people said gays were a virus and HIV was the cure, where people like me were blatantly let die, where my own country considered me illegal by nature.

Today, while in Ireland, we enjoy hard-earned freedoms, only to be reminded that things are very different elsewhere as freedoms to just be are revoked in favour of the facist flavour.

Pride gave me space to live. I relinquish freedoms and bear extra responsibilities daily nowadays to save lives. I will not simultaneously condemn those who must protest now to save theirs and those just like them.

Even if the lives saved are because the people protesting felt the combined energy of human good to put an end to suffering by wedging the door of conversation open, helping to ensure ignorance and silent approval is not allowed to take hold here in Ireland. Is that not worth it?

If you feel like you’ve made all the effort against Covid and the people who attended this protest have no respect for your effort, think hard.

And please, listen to the reasons that drove people to protest. If they don’t sound familiar, be thankful. All lives do not matter unless #blacklivesmatter. 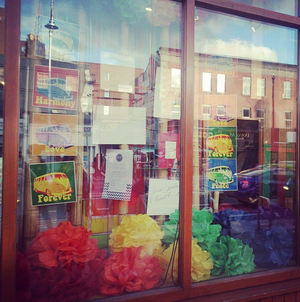 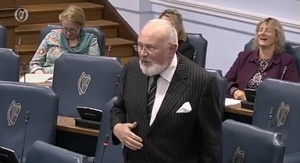 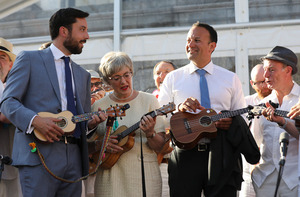 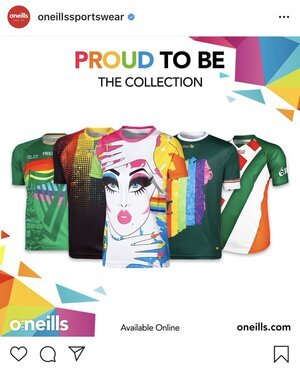 A Sigh Is Just A Sigh