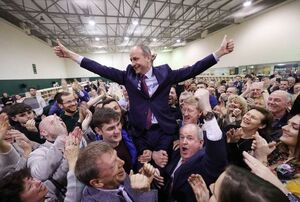 I may be imagining this. It certainly isn’t intentional but it probably is sub conscious. The recent representations I have made to my local authority seem to be responded to more quickly, and far more postively. I attribute this to being associated with a political party now a part of government.

This shouldn’t be the case. The extent to which it does is probably reflected in how that Fianna Fáil and Fine Gael representatives are given similar deference.

In Cork we don’t know ourselves. The insufferability in which most of the country views us has been given a government seal of approval.

The Dáil constituency I have had the privilege of representing now has three senior government ministers at the cabinet table, including the office of Taoiseach.

It’s a situation that creates unrealistic levels of expectation that can never be met. Whatever resources Cork receives during the period of this government will looked on in the rest of the country as favouritism, even if proportionate.

This expectation is what will inform the sub conscious of the two local government bodies in Cork. Like all city and county councils, the Cork local authorities are over dependent on central government for resources.

Again this shouldn’t be the case. The ability to raise funds and allocate funds, are the ultimate determinants of power and control. Without this ability Irish local government lacks both.

For any government to create a real legacy it could do worse than to let local government free.

How ridiculously controlling this relationship has been was brought home to me a number of months ago. The then Department of Children and Youth Affairs gave grants to local authorities for the upkeep of playgrounds.

The playground closest to Cork City Hall was given a grant of €3700. It probably costs more to administer than this grant, than any benefit it would bring about.

The programme for government agreed to bring a new government in being, makes precious little mention of local government reform.

The traditional political parties have shown little interest in bringing such reform about. During my time in public life the movement has been exactly in the opposite direction. Local government has become more centralised, ever more emasculated.

The Progressive Democrats once made the jibe that Ireland was once the most centralised country in Europe outside of Albania. What they meant is that Ireland didn’t encourage the laissez faire capitalism that as a party it preferred.

What they didn’t mean, but where the jibe would have had better effect, is that it could very much be applied to system of Irish local government. Sadly the situation has worsened since then.

My hope is that real local government reform will be a consequence of a government that initially has given it very little consideration. If it does I would be quite happy to be treated, again, with indifference by my local authority. 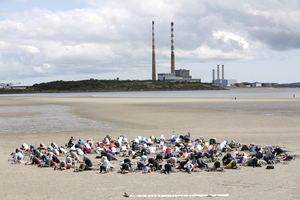 Dan Boyle: The Earth Is On Fire But The World Isn’t On Fire About It 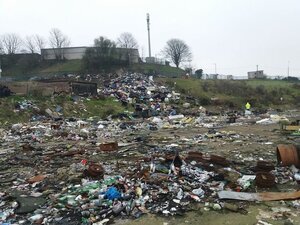 Dan Boyle: What A Waste 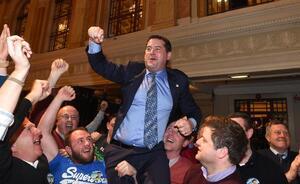 8 thoughts on “Dan Boyle: Power To All Our Friends”