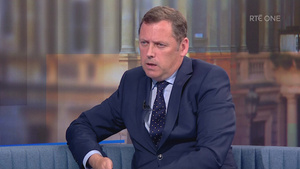 “I’m in public life, I have to accept responsibility for my actions. It was a serious lack of and lapse of judgement.

Mr Cowen said that, while he wasn’t driving unaccompanied on that occasion, he had done so previously while on the provisional driving licence.

The Laois-Offaly TD said he was “humiliated” and “embarrassed” by the incident but had to “accept the punishment that has been given”.

Mr Cowen said in hindsight he “maybe” should have told Fianna Fáil leader Micheál Martin at the time, about the disqualification.

Saturday: What The L Were You hHinking?

Anything Good In The Irish Catholic?