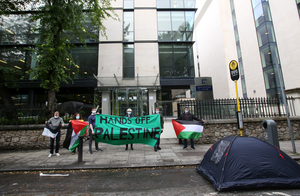 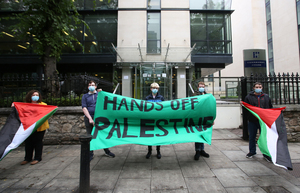 A group from The Workers’ Party protest outside the grounds of  M & B Conversions, an Israeli state-owned aeronautic/military equipment company, in protest at what they claim is the proposed unilateral annexation of the West Bank. 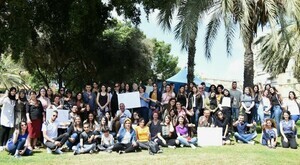 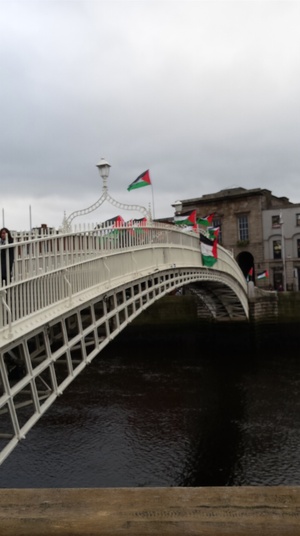 Ha’penny For Your Thoughts

7 thoughts on “…Or Connaught”