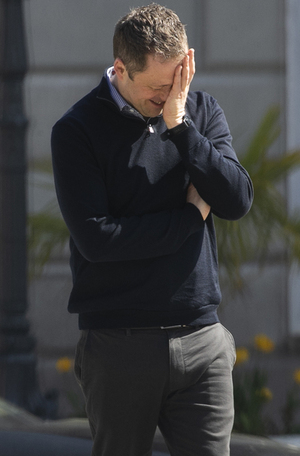 Amid public silence from his party, Ken McFadden, the Meath Fianna Fáil activist who named his friend Thomas Byrne as the source of the Barry Cowen drink drive leak, has tweeted his thoughts.

‘I want to say a HUGE Thank You to all of the hundreds of people who have been in contact with support and to tell me they believe me 100%. I’m still getting through the messages, and they have come from every political party and none.

Today I did a number of media interviews and working on a few more over the weekend, the support has been overwhelming.

I also want to say it was not an easy decision to take to go public on the issue of the leak and who leaked it, I have had praise for being “brave” and others with abuse, I “betrayed” a “friend”.

I remain steadfast the information I put out on Wednesday night was the truth and I can live with the abuse from a certain few and even the two individuals (one from Slane and the one from Duleek ) who are being fed misinformation and worse by a person known to me but no longer a friend,

The more of this abuse I get the more interviews and tweets I will do, so let’s just see.

The allegations I am a man with a grudge who is angry I didn’t get a ministerial driver’s job are not true. I was unhappy I did not get the job having been asked by Thomas Byrne at least three times would I do it.

I was unhappy the way that information was given or in this case not given to me and when I eventually caught up with Thomas I felt the way it was handled by him was very grubby, so I was unhappy YES.

Does that mean I turned into a Looney Tune and decided to lie about a very serious matter like the Cowen leak? NO, it is a ridiculous allegation and it is something Trump would do with anyone telling a truth he didn’t want to hear,

I spent a decade or so trying to help/support and win elections for Thomas Byrne and I walked many a road with him and for him in all sorts of weather and conditions.

We had good elections, we were abused in some , we were welcomed in others, we met the best of people at the doors and out canvassing for with us, it was incredible.

I have made life long friendships out of Fianna Fáil and politics and  I wouldn’t give back a day, so please know I’ve been there through thick and thin.

To suggest I suddenly turned on someone over a job is just an excuse for someone who must look at their own behaviour in recent times and must be honest with themselves, I can’t do that for them.

They literally pulled the ladder up behind them as soon as they got news they were in as a minister and I to this day do not know why, I think a quick ring around the elected councillors in Meath will back up the picture I’m painting here.

I love politics and I love the Fianna Fáil party. I will always support FF and always vote FF no matter what.

Finally, I just want to say I’m sorry my actions on this issue have caused stress and hurt to the people around Thomas Byrne and especially his family who I know very well and who are people I have a huge regard for and are not part of this issue.

I say again the allegations I made on Wednesday are true and I will defend them anywhere.’

Mr Byrne has yet to respond. 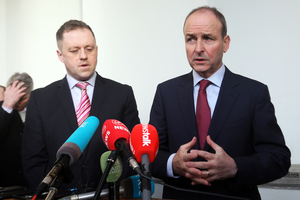 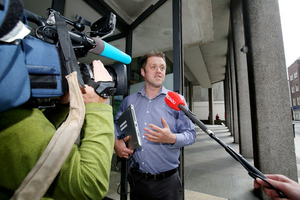 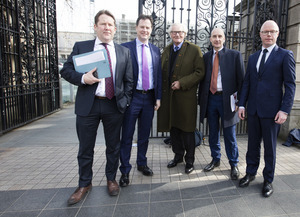 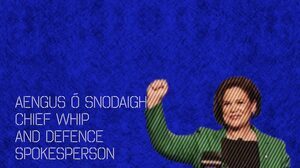 12 thoughts on “Byrne After Reading”