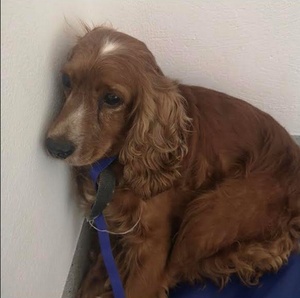 Via An Garda Síochána:

Please share and hopefully we can get this girl back to her home.

Looks like she was stolen, possibly from the Leinster Area and was found in Mallow, County Cork.

Following a report from Dublin that dogs had been stolen, an operation was put in place in Mallow yesterday.

Two cocker spaniel dogs were recovered and seized by Gardai. Both dogs were scanned and one dog was positively identified and returned to owner. This one was not microchipped and we are trying to get her home.

No arrests have been made but Gardaì are following a definite line of inquiry.

She is currently being cared for in a local guard’s home and the owner should contact Mallow Garda Station on (022) 31450.

We Don’t Normally Brew This