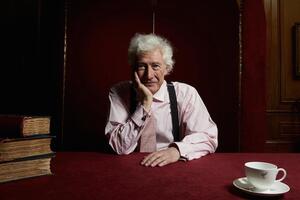 Lord Sumption has admitted that he stopped obeying the coronavirus regulations when they began “reaching levels of absurdity”.

Speaking to legal journalist Joshua Rozenberg QC (hon.), the former Supreme Court justice said he did not accept that there was a “moral obligation to comply with the law”.

In an online discussion hosted by Prospect Magazine, he said: “I certainly think that if you don’t comply with the law you cannot complain if you are fined. But are you committing a moral offence? I think not.”

Mr Rozenberg responded: “You’ve just said to me you stopped complying with the law at some point, perhaps by going out?”

“I decided that I was no longer going to comply with some aspects of the law at a relatively late stage when it seemed to me to be reaching levels of absurdity,” Lord Sumption said.

The host asked him, however, whether he thought he had “a duty to not only uphold the law but set an example to others by obeying the law”.

While he agreed that this was true in some respects, he remarked that “as a former Supreme Court judge I am simply a citizen and they have a platform but I have no juridical obligations by virtue of what I no longer do”.

Lord Sumption also warned that the global response to the pandemic may threaten democracy.

He noted that advocates of human rights “have been extraordinarily silent” about the lockdown and said that it is when populations cede liberty – as they have during the coronavirus crisis – that despots come to power.

“I would accept that the majority probably favour the lockdown but that is, I’m afraid, how despotisms arise…[More at link below]…

Go Forth And Multibuy

8 thoughts on “Lord Of Misrule”