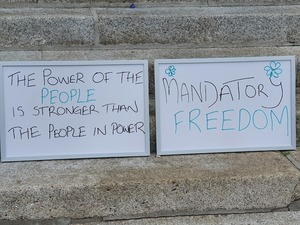 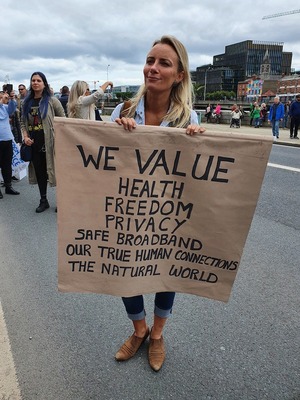 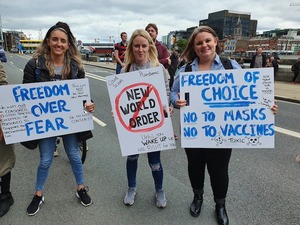 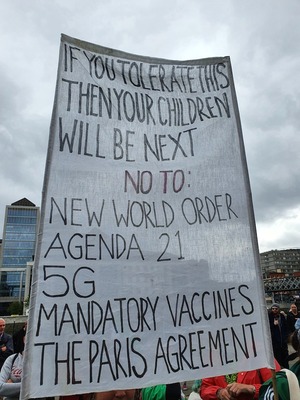 ‘A protest against recent developments/challenging the official narrative on a range of issues organised by the Yellow Vest movement. Good turnout: maybe 200-300. Antifa turned up and threw petrol bombs so organisers decided against a march to Dáil.

ANTIFA is not an organisation. It is anti-fascist. To call anyone who is anti-fascist a Nazi is in itself a paradox. ANTIFA contains people of many different political backgrounds who oppose the far right and fascist agendas.