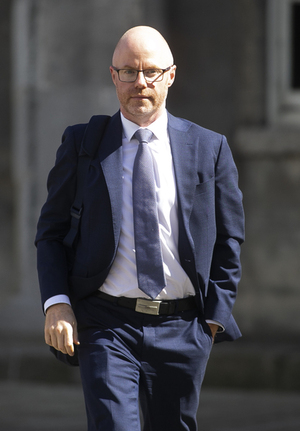 Minister for Health Stephen Donnelly said Covid-19 is ‘spreading at a fast rate’ around the world, and the five-day average cases in Ireland has jumped from ‘less than 10 to over 50 recently’.

He said the rise in the number of confirmed cases of Covid-19 was being driven by clusters of cases all around the country and eight of these clusters were “quite significant”.

He said the National Public Health Emergency Team is unanimous and unambiguously of the view that things are “very, very finely balanced” and the Government decided to take a cautious approach.

Mr Donnelly said that international evidence shows the number of cases do rise when pubs reopen, but hoped in time that businesses and pubs might be able to reopen in a phased or regional basis.

The Incoming President of the Vintners’ Federation of Ireland has described the decision not to reopen all pubs next Monday as a “kick in the teeth“.

Paul Moynihan said publicans had done all that was asked of them to reopen in a safe and sanitised way and it was “very late in the day” to tell them they could not reopen on 10 August as expected.

Mr Moynihan said the number of Covid cases have been rising while most pubs remain shut and said there have been no increase in cases associated with pubs that serve food, which re-opened five weeks ago.

Listened to Stephen Donnelly on @morningireland on the reasons why the 200 outdoor crowd limit was not raised. Ridiculous answer about travelling in cars to the games given by the celebrity medics. At the same time there can be over 1000 people in a shopping centre #madness

Anyone who thinks these countries were added in good faith is utterly delusional. It gave the tax exiles a window to get back to Malta, Monaco and Gibraltar. What a complete scam and what utter disregard for normal people. Same old FFG. Ten pounds of shite in a five pound bag. https://t.co/pLg2lYFbqt