We have received reports from members of the public who have received unsolicited seeds in the post from an unknown sender outside of the EU.

If you have received seeds by post that you didn’t order please email: plantimports@agriculture.gov.ie pic.twitter.com/3xutF5cHB1 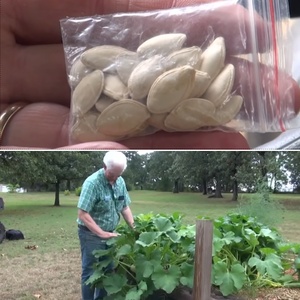 An Arkansas man who received one of the mysterious seed packages sent to thousands of US residents from China planted them on his property — and said the results are wild.

The plant is producing large white fruit from orange flowers that resemble those of a squash.

“Every two weeks I’d come by and put Miracle-Gro on it, and they just started growing like crazy,’’ Crenshawn said.

We Have Ghost Estates: China Has Ghost Cities

Welcome To China. Your Adorable 9 Year-Old Tour Guide Will Now Bust A Move

18 thoughts on “Unsolicited And Seedy”