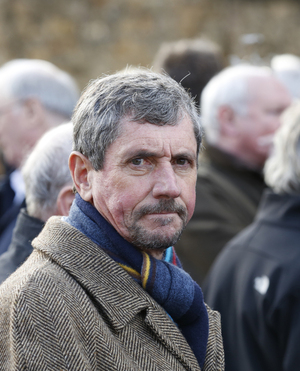 Charlie Bird suggests @TodayRadioRTE the Government might use the covid-19 tracker app to record how much fresh air older people are getting under these restrictions… https://t.co/6qIqJQai3C

“…even though a couple of days after I took it, it practically ran my mobile phone down where it nearly burned.

But I’m doing everything they’ve asked me to do…I’m sensible. I’ve got five grandkids, I don’t want anything to happen,

I don’t want anything to happen to my neighbours or to anybody else but that does not mean I should stay inside. I live in a part of Wicklow where I can walk out and see nobody for hours…”

It’s all very well to say we’re going to throw away the key on 70-year-olds again and I hate the word, absolutely hate the word ‘cocooning’...my former colleagues in the media are giving the Government an easy ride on this.” 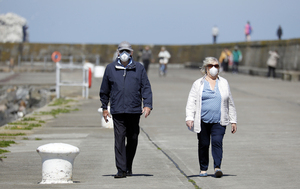 The National Public Health Emergency Team’s (Nphet) will today reccommend a number of measures to ‘curb a resurgence’ of Covid-19.

Older people will be asked to restrict their movements and avoid congregated settings under new advice from public-health experts.

Nphet has also recommended that only six people should be permitted in a home from three separate houses in a bid to clamp down on house parties and outdoor home gathering should be reduced to 15 people.

People who can work from home will also be asked to do so for the coming weeks. The Cabinet will meet to discuss the recommendations today.

‘A Cabinet source said there were concerns at the highest ranks of Cabinet that Nphet had “departed from the European mainstream in the severity of their advice” as they are “under pressure from academic commentators as opposed to solid science“.’

Older people will be told to limit time outdoors and family gatherings to be reduced to six to try to stall resurgence of Covid-19 (Independent.ie)

53 thoughts on “Cruel And Unusual”