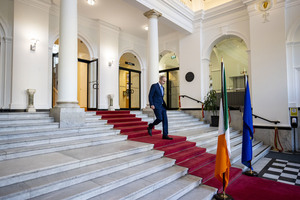 Have you noticed how we talk about numbers when we talk about Covid-19. Daily infection figures, R numbers, hospitalisation rates, daily and weekly testing rates, App download (and deletion) rates.

All these numbers are important. They are key measures of both the threat posed by the infection and our effectiveness in combating it. They inform our responses, both national and personal.

They provide the basis for key public policy decisions and so, if the State is to succeed in supressing the virus while maintaining some economic and social continuity, we need evidence-based decision making. Decision making in which people can have confidence.

We have had that, but there are signs that confidence is beginning to wane. The fault is not all on the side of those who are losing faith. People who were more than willing some months back to do all that was necessary to stop our hospitals being overwhelmed, are not now seeing a similarly urgent need.

Is this just public complacency, or could it be that the public is moving ahead of the policy and decision makers? Are people seeing that infection rates go down when you lock down but then go back up as you allow more movement and activity? Is there a developing public sense that a new balance – an acceptable level of risks – should be struck between preventing infection spread and imposing social restrictions?

To put it crudely is there a level of infection risk with which the public would be comfortable – one that is above that envisioned by NPHET’s modellers?

Tough I broadly disagree with the decision to move Dublin to Stage 3 I should, as a fairly consistent critic of An Taoiseach, Micheál Martin, say that I thought he handled last Friday’s announcement, and the media follow up, well.

Martin’s public address was focused. It was less preachy and hectoring than his previous performances. The “I am doing this more in sorrow than in anger” tone worked, as did his interview on Brendan O’Connor on RTÉ Radio One on Saturday. His messaging was clear and concise.

If this is a sign of things to come, then it is an auspicious one, but while Martin has improved his messaging, the decision still troubled me, particularly how some key elements are contrary to NPHET’s own data.

In an interesting and revealing Twitter intervention a few hours before the government announced its Stage 3 move, the President of Maynooth University and key NPHET adviser, Prof Philip Nolan argued that citing official stats showing that only 9 out of the 3036 Covid19 outbreaks (from Sat 9th Sept) came from a restaurant/cafe setting was “misreading and misinterpreting the data on outbreaks and clusters”.

These statistics on outbreak settings, he explained, were based only on the movement of a person with Covid-19 for the 48 hours before they developed symptoms. This, according to Prof Nolan, was because public health officials are less fixated on where the patient may have got the virus, 5 days before, and more focused on where the virus is going.

He then added that:

“we would like to go back and find out where people are getting the virus, but we don’t have the time or resources to pursue this academic exercise.”

It could be that NPHET’s contention that closing pubs, cafes, and restaurants, laying off staff and stopping all indoor dining-out across Dublin for three weeks is correct.

This may be the price that must be paid to get the infection rate down. But, for how long? Is this now a switch we need to throw every few months? Do we need three weeks of lockdown every 9 weeks to keep the infection at bay?

Why publish detailed statistics that inform public debate and then offer a re-interpretation of them when the action you propose does not accord with the figures?

The Stage 3 move in Dublin (and previously in Kildare, Laois, and Offaly) smacks of taking a stick to the people who have been following the rules.

Why place businesses and employees that have invested in new bringing their premises up to new standards and practised everything that NPHET preached, into limbo while others have a three day or three-week public discussion with themselves on what the statistics mean or do not mean?

Over the past week or more we have heard the Taoiseach, Tánaiste and others tell us that we are doing lots of testing. Back in March Simon Harris, the then Health Minister and now the universities minister and (it often seems) the government’s commentator-in-residence on the actions of his colleagues, giddily announced that the State would soon have the capacity to do up to 15,000 tests per day – 105,000 per week. This was revised modestly back to 100,000 per week with the delivery date pushed back to mid/late-May.

That was three and a half months ago. Check the Covid-19 App on your smartphone, assuming you are not one of the many who have since (very unwisely) deleted it. There you will see a figure for the number of tests conducted over the last 7 days.

At the time of typing it is 84k. This is a big improvement on this day last week when the 7-day total was 72k, but it is still short of the 100k promised in March for implementation by May. It has been a long way short of it for most of the past seventeen weeks.

As I said, it is critical that we have evidence based decision making, so why are the Taoiseach and Tánaiste not calling out these shortfalls rather than glossing over them over with bland statements that all is well in the world of testing and tracing?

It is wrong for officials, permanent or non-established, to place the Taoiseach in the invidious position of telling us that we cannot test at airports because we must prioritise other venues, when they know it is because we never achieved the testing capacity levels they promised.

It is just as reckless to send a neophyte Agriculture Minister out on the airwaves to talk about ramping up tests at meat and food plants when officials were winding them down. Testing at Airports is possible and is effective, as the Icelandic government has shown since June.

Mistakes have been made and will continue to be made – on all sides. Mistakes were made by the last government at the start of the outbreak, such as leaving nursing homes to fend for themselves, and allowing Italian rugby fans to travel here and Irish racegoers to head to Cheltenham.

More recently, allowing several hundred anti-mask conspiracists parade and gather across Dublin with impunity was a big mistake. It was an unnecessary health threat to the many people who were in town that day, including retail and hospitality workers who were just doing a day’s work.

Everyone, and that includes policy makers and officials, is struggling to cope with this extraordinary and difficult situation. Everyone comes to this crisis with much to learn. We are all fatigued.

“We can reach control of this virus. We may not get rid of it completely, but we can reach a point where we can control the virus and with it we can get our economies and social systems back on track”

I am sure we can reach that point – though, as I said at the outset, I suspect the public may see it as being at a level other than the one currently imagined by NPHET.

This is the public debate we should be having now, though there are no signs that either government or opposition are yet up for it. Pity. I think the public are. 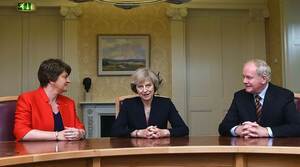 4 thoughts on “Derek Mooney: It’s About Numbers, But It’s About Balance Too”