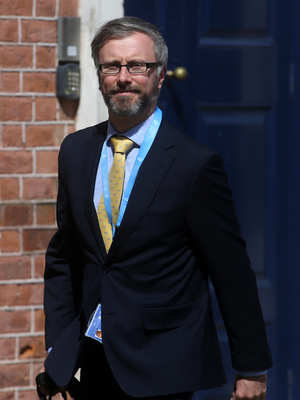 The entire premise of the 2004 Act, which we are bound to follow, is that investigations are held in private. That confidentiality applies to the evidence and records gathered by the inquiry. It is central to allow testimony be given freely.

Minister for Children, Disability, Equality and Integration Roderic O’Gorman responds (above) to criticism of the Government’s bill to allow the Mother and Baby Homes Commission’s archive to be sealed for 30 years (except for a database on mothers and children detained in 11 institutions which it wants to give to TUSLA).

‘The Bill shows the Oireachtas is not bound by the provisions of the 2004 Commissions of Investigation Act. It can legislate – as it is intending to do regarding the database & records it wants to send to TUSLA – to ‘un-seal’ material gathered or created by the Commission.

The Commissions of Investigation Act 2004 was never the appropriate legislation on which to base an inquiry into grave and systematic human rights abuse, including enforce disappearance, because of its provisions around confidentiality. I and many others argued this in 2015.

The 2004 Act did not absolutely require the Commission to proceed in private. The Commission had discretion under the 2004 Act to conduct some of its inquiry in public. It chose not to do so. As we and global law firm Hogans Lovells recorded in the @clann_project report, the Commission refused requests for public hearings without giving specific reasons.

Since 2018, the GDPR & Data Protection Act 2018 has applied to records gathered by Commissions of Investigation, with the proviso that personal data can only be withheld (see s198 of 2018 Act):

‘To safeguard the effective operation of commissions and the future cooperation of witnesses.’

How could allowing survivors of forced family separation and relatives of disappeared and deceased infants to access personal data hamper the Commission’s effective operation?

More to the point, once the Commission is finished and the archive held by the Minister, how could the exceptions to the right of personal data access set out in s198 of the 2018 Act apply?

So, even under current legislation, it seems the archive should not be fully ‘sealed’.

The Minister seems to argue that the ‘sealing’ of the entire archive in his office for 30 years (save for what goes to TUSLA) is in the interests of those who suffered abuse.

The Government argued the same in support of the Retention of Records Bill 2019 – seeking to seal for 75 yrs every single document in the archives of the Ryan Commission and the Residential Institutions Redress Board.

1. Nobody is requesting that the public have access to the personal data of those affected.

2. The Commission of Investigation gave people no choice: it held no public hearings and it refused to allow anyone have a transcript of the evidence they gave to the Commission. (Nor did it allow access to any personal data or information about deceased relatives that it held.)

3. Those affected by the abuse under investigation should, under European human rights law, have been enabled to participate properly in the inquiry and to see the evidence coming in from the State and other institutions responsible for the family separation system.

4. They should now have the option of receiving a copy of all of their personal data and information about disappeared family members that the Commission gathered, and they should be entitled to their own transcript of evidence.

5. Crucially, the Minister must inform the public of what kinds of records he intends to seal for 30 years. They likely include innumerable state and institutional administrative records, which are crucial to piecing together how the system of forced family separation operated.

6. Those who suffered grave and systematic human rights abuses have the right, not only to know what happened to them or their relative, but ALSO to have the truth of the system told publicly -in the sense of releasing administrative records, which can be anonymised as necessary.

There has been little to no legal accountability for so-called ‘historical’ institutional, adoption and gender-based abuse in Ireland – no systematic measures to allow access to court or to ensure prosecutions. Barriers are everywhere.

The least we can do is tell the whole truth.

Both the Minister and the Oireachtas have full power to give access to the archive for those personally affected – now.

After that, the question of national education needs to be addressed. A dedicated archive and museum could be an alternative response, not only to the issue of the Mother and Baby Homes Commission archive, but also to the current secrecy of the McAleese archive which contains all state records on the Magdalene Laundries – and the archives of the Ryan Commission and RIRB which are currently in limbo.

In January 2020, the Information Commissioner found (in the case of Mrs P) that the Department of the Taoiseach cannot continue to claim that it is holding the McAleese archive ‘for safe keeping’ and not for the purposes of Freedom of Information.

Last November the Oireachtas Education and Skills Committee rightly decided that the Retention of Records Bill 2019 would cause further abuse.

The time has come for a holistic, mature response to our history – one that becomes us as the nation we want to and really could be.’

The Government is progressing this Bill at lightning speed. Yet the relatives of disappeared women and children throughout the country, and living survivors and adopted people, have been denied any access to the Commission of Investigation’s archive.

Witnesses have even been denied a transcript of the evidence that they gave to the Commission of Investigation.

The ‘sealing’ of abuse records has to end.

How you can help?

When you click the link below, your email client will open a pre-composed email. We encourage you to change the subject line (this will stop it from being blocked from the Oireachtas spam filters) and to personalise it as much as possible. And, don’t forget to sign it!

Click here if you are experiencing difficulties using the link above. 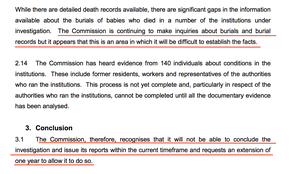 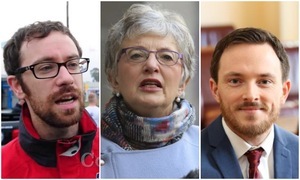 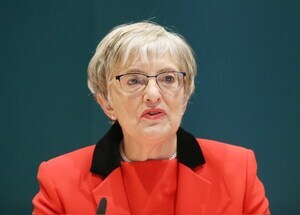 28 thoughts on “Sealing Their Fate”