Minister for Finance Paschal Donohoe (right) and Minister for Public Expenditure and Reform, Michael McGrath at the Convention Centre, Dublin on Tuesday

TDs have been given a “severe rebuke” for failing to comply with Covid-19 guidelines and rules and, in some instances, abusing compliance staff in Leinster House and the Convention Centre.

The official specifically cited a picture published in Wednesday’s newspapers of Ministers Paschal Donohoe and Michael McGrath ascending the Convention Centre escalator ahead of their Budget day speeches without wearing face coverings.

A private meeting of the Dáil’s business committee heard what was described as a “damning” briefing from an Oireachtas’s director of compliance on Thursday on the poor level of adherence to rules like social distancing and wearing masks in parliament.

TDs given ‘severe rebuke’ over failing to comply with Covid rules (Independent.ie) 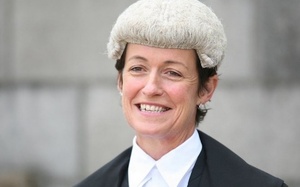 In a strongly worded letter, Ms Justice Mary Irvine says she has received several complaints about lawyers not adhering to guidelines.

…Justice Irvine has taken “odd as it may sound” to walking the corridors of the Four Courts each day this week to see for herself what is happening.

“Regrettably, on almost every occasion I have come across pockets of practitioners talking/consulting in very close proximity to each other. I would even go so far as to say that there are more practitioners offending than complying with their social distancing obligations,” the judge said. Walker In The Ditch