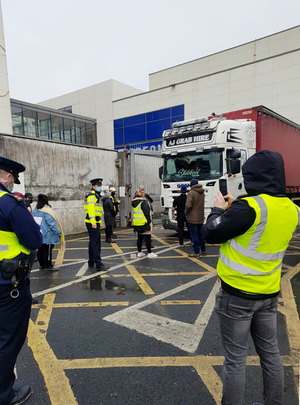 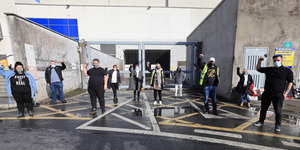 Defiant ex-Debenhams workers (above) outside the back entrance to the Newbridge branch.

Earlier (top), gardai were at the scene as a truck from liquidator KPMG was prevented from leaving with stock. Similar action took place at a store in Blackrock, County Dublin. 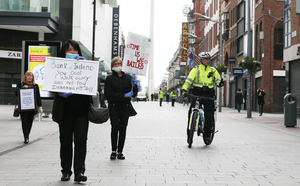 Do A Bit Of Debenhams 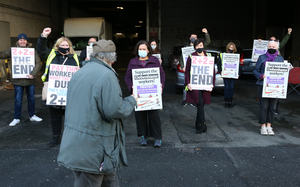