I am a father, a husband, a son, a friend, a doctor, an athlete, a traveller, a student and a citizen. Although just one person, I nonetheless occupy many nodes in the complex networks that make up society. These extend into the past, traverse the present and reach towards the future.

I am just one person in a vast network of people whose lives have contracted in the past six months. This makes me consider the extent of the wastage across society.

Why? Policies were adopted by an unelected government on the erroneous advice of experts listening to other experts, who predicted an enormous death toll from Covid-19 that has not come about anywhere on the globe. These same experts are now doubling down on initial errors and inflicting incalculable harm on the delicate fabric of society.

I don’t think these experts took into account people like a patient of mine, eighty-five-year-old Joe, who was married to Mary for sixty-years. They were forced to separate, partly because of her dementia when she had to go into a care home, but then because of public health restrictions. Mary resides in a nursing home and Joe visits every day, but the last time he held her hand was on their sixtieth wedding anniversary in March.

Previously Joe would cry when recounting his visits to Mary. Then he realised that if he spoke to her about their early days he could bring her back to life; at least for an hour or two. This stanched his tears. He was happy to have a small piece of the woman he married return to him.

His last such conversation was in March. Until recently he was still visiting her and looking and waving at a woman who didn’t recognise him. If the day was bright and sunny all he’d see was his reflection in the window. Joe managed to see Mary this week; to hold her hand and speak to her, but unfortunately she was unconscious. She stayed that way until she died a few days later.

The experts never asked Joe how he and Mary would like to live out their last days, nor sought the opinion of the thousands of elderly people whose children live abroad and who had planned perhaps their last trips to a wedding, a graduation or a funeral. Instead a paternalistic decision was taken, after a shameless use of the national media for propaganda purposes, inculcating a fear of imminent death in the elderly if they did not comply with the rules. [more at link below].

The Bonds that Hold Society Together (Billy Ralph GP, CassandraVoices)

And we wish Billy the very best in his next career outside medicine probably abroad. 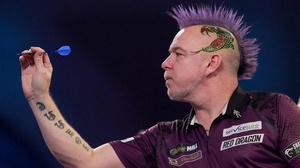 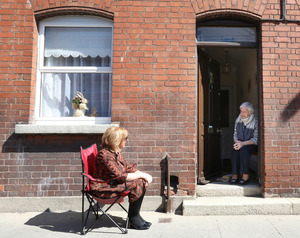