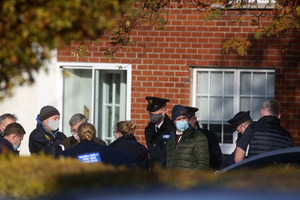 28 thoughts on “In Ballinteer [Updated]”