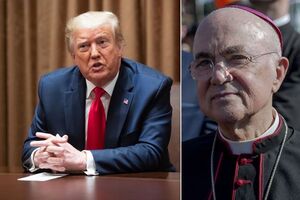 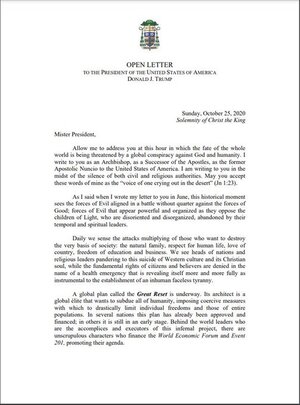 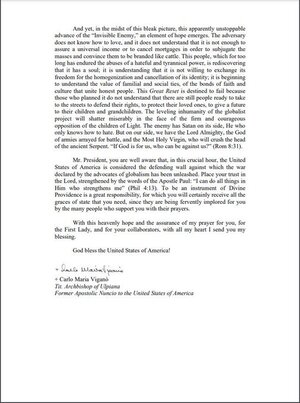 Following his open letter in June claiming the rona represented a worldwide spiritual battle between the forces of good and evil, Vatican whistleblower Archbishop Carlo Maria Viganò has written again to US President Donald Trump.

The former Apostolic Nuncio to the United States, whose allegations about Pope Francis protecting child sex offender Cardinal Theodore McCarrick broke during the Papal visit to Ireland, warns that the Great Reset is a pretext for the “establishment of a New World Order” and stresses  “the epochal importance of the imminent election”.

Previously: “Pope Francis Must Be The First To Set A Good Example And Resign”