The first patient enrolled in Pfizer’s COVID-19 coronavirus vaccine clinical trial at the University of Maryland School of Medicine in Baltimore, Maryland, USA

Pfizer Inc had on Monday disclosed that its experimental vaccine which it is jointly developing with BioNTech was more than 90% effective in preventing COVID-19 based on initial data from a large study, in the ongoing phase 3 trials.

This disclosure was made in a statement by the Chairman and Chief Executive Officer of Pfizer, Albert Bourla, on Monday, November 9, 2020.

Pfizer and German partner BioNTech SE are the first drugmakers to show successful data from a large-scale clinical trial of a coronavirus vaccine. The companies said they have so far found no serious safety concerns and expect to seek U.S. emergency use authorization later this month.

Do people honestly think I’m going to let myself be injected with some mysterious genetically-engineered concoction designed in secret by Bill Gates and other Illuminati?

Pfizer has already started manufacturing 100,000k+ doses before their vaccine has even been approved. Warp Speed guidance shows that, as vaccines near expected approval, an effort to work w "media partners" to address "vaccine hesitancy", expect a lot more tweets like this fr MSM 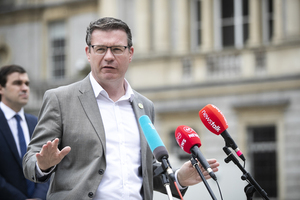 Masks And Jabs For All “Give Us The Jab There So”

72 thoughts on “Quit Your Jibber Jabber”