Proud to sign on to this letter on behalf of @AmnestyIreland #IrishSolidariT #TransDayOfRemembrance #HumanRights https://t.co/Xam7Z7N4BW

‘…Now, unfortunately, we see a rise in discriminatory organisations and vocal transgender exclusionary activists using Twitter and divisive antics to attempt to a drive a wedge in queer communities between transgender people and fracture our support from feminists.

For our decades of solidarity, some seek to repay our community with a call for division based on falsities and bigotry. Let us say unequivocally that the statements of newly launched organisations that seek to defend biology or fight gender identity and expression do not represent the wider LGBTI+ community nor feminists in Ireland.

More importantly, they are not organisations at all, they have no governance, no accountability, and are simply Twitter accounts. Further, they are not supported by the wider Irish community. Ireland has dealt with these pseudo-feminists before, and the work of Feminist Ire dealt swiftly with their attacks by stating “Trans women are our sisters; their struggles are ours, our struggles theirs.They were our sisters before any state-issued certification said so and will always be no matter what any legislation says, either now or in the future.”

In addressing these accounts it is simple enough to refute them by stating they are not radical, they are not inclusive, and they are not feminists. They are simply misinformed and transphobic.

The vitriol and disinformation these accounts and people share does not represent the beliefs of the legitimate organisations and signers of this letter, and together we repudiate their beliefs, and call for an end in giving airtime to their despicable brand of harassment.

In Ireland we exist as a strong coalition of intersectional solidarity. As LGBTI+ and feminist organisations we stand together, we march together, we advocate together. We will not allow transphobia to grow and our history of work together will only continue to propel us to a more equal future for all marginalised people.

We call on media, and politicians to no longer provide legitimate representation for those that share bigoted beliefs, that are aligned with far right ideologies and seek nothing but harm and division. These fringe internet accounts stand against affirmative medical care of transgender people, and they stand against the right to self-identification of transgender people in this country.

In summation they stand against trans, women’s and gay rights by aligning themselves with far right tropes and stances. They have attacked LGBT+ education in school, attacked anti-bullying campaigns, and attack access to medical services. They stand to remove equality, and cause a legacy of damaging discrimination. In particular, the road to Gender Recognition was long and public, and we in the trans community are thankful for the support of the many who stood by our side. We are thankful to the wider gay, lesbian and bisexual communities that marched and worked alongside of us for legal recognition. We are thankful for the feminists that saw, and still see, trans women as their sisters and use their voice to speak for equality…

Portion of an open letter to mark Trans Day of Remembrance 2020 last Friday, signed by Amnesty Ireland and members of Ireland’s LGBTQ+ community.

One of the most remarkable things is how they are ignoring the voices of all the women who signed the letter. All of whom have worked tirelessly, many for many, many decades, to advance women’s rights here. They’ve simply ignored them. Says a lot doesn’t it?

Irish born and raised. Out and proud. Great grandfather executed in 1916 for Irish freedom. Grandfather founded @Amnesty on example of lifetime activist work of my great grandmother for political prisoners & prisoners of conscience. It is the *contents* of the letter – paint

I have read it 10 times to try and get my head around why you all signed it. It has taken me till tonight to put any words to my response. Like I said sick to my stomach. There are so may positive and celebratory ways to support trans people. That letter was not that.

For me free speech and representation are non negotiable. Every year as a child we made Christmas cards and wrote letters to prisoners of conscience that were denied voice and representation. Never knowing if it did any good. I have tears streaming down my face this minute. 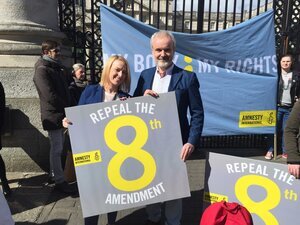 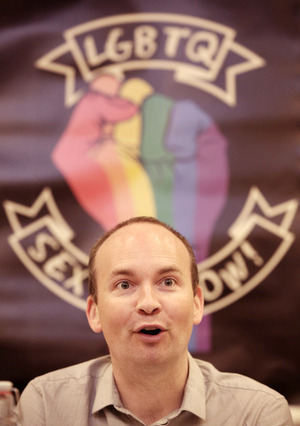 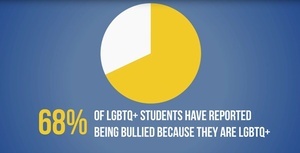 A ShoutOut, Not A Hand-Out 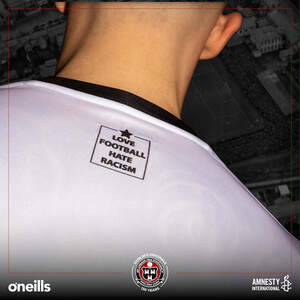 It’s In The Game