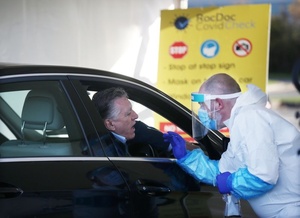 There is a small percentage chance of dying from Covid-19. The exact percentage is hard to pin down because the risk is age and health related too. But when all is weighed and measured it seems to be somewhere around 1-3%. Here is a link to a study that has gone into this in tremendous detail, offering charts and graphs and all the rest relating to risk assessment.

Generally, it’s safer to be young than it is to be old – old being over 40, hah! – and it is better to be healthy rather than unhealthy. But even allowing for these generalisations there is still a risk of dying from Covid no matter what age you are or how healthy you are. In other words, there are known unknowns to be factored in when assessing risk.

For instance, no one person can know for certain how their particular metabolism will respond to the virus, regardless of what they may think or “feel” or believe about this. In a similar way as no one knows for sure how they’ll react in a crisis until they’re actually in a crisis.

A few months back it was reported in the US that a young man who had attended a so-called Covid party in order to deliberately catch the virus in the belief that this would build immunity, ended up in intensive care. Shortly before he died, he told a nurse that he had “made a mistake”.

His mistake was that while he believed that he was stronger than the virus, he simply had no way of knowing how his metabolism would react to the virus. He was not in possession of all the facts and all the risk factors, and was tricking with something that killed him.

Related to this possibility is yet another unknown. Early in the pandemic it was thought by some experts that catching the virus may be related to dosage. This would explain why some health workers succumbed. That a lethal dosage had accumulated in their systems over time.

Might people who have already had the virus and still experience return of symptoms have within them a certain “dosage” which could be topped up by catching the virus a second time? The jury is still out on this as well.

The point of all this being, there is a percentage gamble when exposing yourself to the virus that could result in death. To put it another way, by not observing recommended precautions you are staking everything on winning. The odds are really good that you will win. But if you lose, you lose everything.

There is also the possibility that by not taking precautions you may pass the virus to someone who is susceptible – most likely a close friend or family member – and they may lose everything, due to your choices.

This gamble can be offset by observing recommended guidelines; wearing a mask and washing your hands, until such time as a workable vaccine is available.

The irony of all this is, if you’re the type of person who feels they are resisting an unjust government directive that you believe is infringing on your rights and freedoms, your refusal to participate in protecting yourself and the community may have the effect eventually of forcing the government to implement more stringent laws than might otherwise have been the case, laws that may restrict your rights and freedoms.

Because of the nature of the virus and its opportunistic infection capabilities this has to be a team effort. The whole world could mask up and lockdown, and it would only take one Covid dissident to undo all the good work. 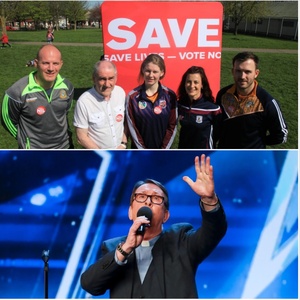 55 thoughts on “Eamonn Kelly: Gambling Everything”