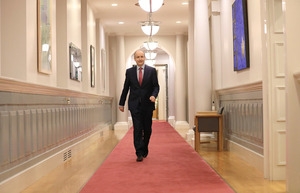 From top: Taoiseach Micheál Martin at Government Buildings on Friday where he addressed the nation on exiting from Level 5; Derek Mooney

Ever want to know if the Sunday newspapers are running a political poll, then check to see if the Taoiseach is down to do some high-profile media events early that week. If he is, then there is a strong likelihood there is a poll coming.

Maybe I am just cynical. Nonetheless it does seem that the Taoiseach’s TV and Radio appearances seem to coincide with the days on which REDC/Sunday Business Post are collecting responses to their polls.

This may help explain why the Taoiseach was so keen to have Minister McEntee wait until next Tuesday to answer Dáil questions on the Woulfe Saga. This was not his view back in 2017 when he was the one asking the questions about judicial appointments. What a difference three years and a seal of office can make.

Small wonder the government backed down on the timing so quickly. While Martin was not thrilled to have the issue aired last Tuesday, his advisers must have realised that sending McEntee out on a hospital pass was preferable to having “Taoiseach avoids questions” in the headlines while REDC were busy phoning likely voters.

While the results of the two opinion polls published yesterday (RedC in the Business Post and Ireland Thinks in the Irish Mail on Sunday) do vary slightly, they broadly agree on the trends and positions.

Both show Fine Gael and Sinn Féin neck and neck with each in or around 30%. They also show them way ahead of the rest, particularly Fianna Fáil. Ireland Thinks has Martin’s party on 17% while REDC has it much further behind on 12%. It is a substantial gap and is one of the points on which the two polls diverge most strikingly.

If the only crumb of comfort the Fianna Fáil leadership can take from yesterday’s poll is that Fianna Fáil is back at its February 2011 level when Martin led the heave against Brian Cowen, then it is cold comfort… and when I say cold I mean Pfizer Covid19 vaccine storage level cold.

This slightly more optimistic Ireland Thinks Fianna Fáil figure puts the party over 5% down what it got on polling day, and that was a total disaster. The same poll has Sinn Féin 4% up on its election performance and Fine Gael up a massive 7% on its GE2020 number.

You don’t need to be a statistician, psephologist or a tallyman to see that Fine Gael is eating Fianna Fáil’s lunch and that Martin is perfectly happy for them to do it, just as long as he can keep his special seat at the top of the class for two more years.

As bad as all this may sound, this is still a benign interpretation of the more optimistic (well, less pessimistic) set of results. If Red C is correct and Fianna Fáil is down at 12%, then you can take all I have said above, and double it.

Either way, Fianna Fáil is facing an existential crisis that almost everyone else can see, apart from those at the top of the party.

As I have explained here before, Fianna Fáil faces a bigger challenger now that it did in 2011, but it is less well positioned to tackle that challenge now than it was back then.

Truth 1. Fianna Fáil TDs do not want another election. To be fair, this could be said of almost every T.D., but it is especially true of the legion of the rearguard. It is not that polls taken now are good predictors of the election outcome – they are not – but they point clearly to how an election campaign will play out.

Right now that is a binary choice of do you want a government led by Fine Gael or Sinn Féin? Fine Gael and Sinn Féin are the best of enemies, each with a vested interest in the continued advancement of the other.

Truth 2. Without an election no government can be formed without FF. The only alternative government formation to one involving Fianna Fáil is one with just FG and SF and a few Inds, and under the best of enemies arrangement, that will not happen as it suits neither Fine Gael nor Sinn Féin’s interests.

Truth 3. Micheál Martin has fought his last election as party leader. No matter what happens over the coming weeks, months or years, we will not see Micheál Martin lead Fianna Fáil into another election. It seems he and his slowly changing entourage are the only ones in Leinster House who have not yet grasped this fact.

In normal times, and in a normally functioning political party, this third truth would have party chiefs wondering who should lead the party into the next election and when should the changeover take place?

I know these are not normal times and I know that Fianna Fáil has not been functioning as a normal political party for some while but, even so, it is not credible that no one is thinking about this and asking why a leader who is not going to lead the party into an election would continue to serve their term as Taoiseach, and perhaps even Tánaiste.

Perhaps it is not so incredible when you consider that the party hierarchy is only now getting around to analysing why it fared so badly at the last election.

This should have happened last March or April. It didn’t. Instead, Martin plunged headlong into negotiating with Fine Gael and the Greens before he and his party told itself the truth of how and why it lost the election.

This is not me being wise after the event. I argued strongly and repeatedly, here in this column and in private discussions with senior party figures, for an open and honest analysis of what went wrong, (Here, here and here). I offered the report commissioned by Australian Labour Party (ALP) into its 2019 defeat as a possible template.

While some may say, well better late than never, I have to wonder if conducting this analysis now, 10 months after the events, even under the expert stewardship of Minister of State Sean Fleming, doesn’t risk leaving Fianna Fáil with a lengthy and beautifully bound report that only considers 40% of the problems now besetting it.

Having a report on how and why the parties support fell from almost 30% in June and Sept 2019 to just 22.5% at the election does not help understand how that 22.5% base has fallen even further back since.

What is the purpose of now commissioning a report into why you lost 8% support between Sept 2019 and Feb 2020, when the latest polls show the decline to today could be as high as 18%?

Not that it was a single continuous decline. It has two distinct phases, at least. The first was the huge shift of potential Fianna Fáil voters to Sinn Féin in the run up to, and early stages of, GE2020.

This was not a passive shift, Fianna Fáil all but drove away key voters, especially young families struggling cope with the cost of living, through an excess of caution and a negligent lack of ambition. These voters wanted real hope, Fianna Fáil offered complex SSIAs.

Yes, the official leadership version of what happened, some loss of support to Fine Gael in the final days of the campaign, did occur, but the early stage shift to Sinn Féin was the clincher.

If Fianna Fáil is to have any chance of getting back into the first division of Irish politics – and, unlike some colleagues, I think it still can – then it must now tell itself the plain and unvarnished truth about how and why it lost the February election and why it has been doubling down on that crass mistake since. 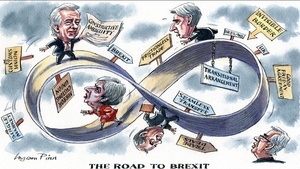 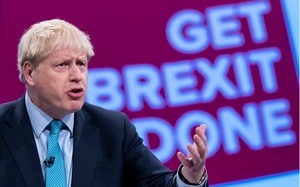 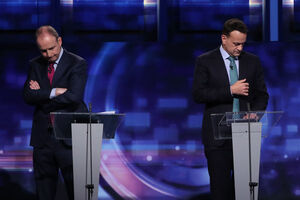