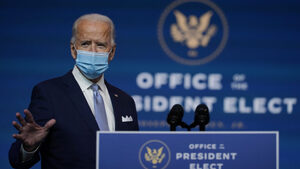 🚨NEW: All six key states have now certified their election results with Joe Biden as the winner:

Trump and his allies remain 1-39 in court.

No incumbent president in nearly a century and a half has gained votes in a re-election campaign and still lost. President Trump gained more than ten million votes since his 2016 victory, but Biden’s appeal was so substantial that it overcame President Trump’s record support among minority voters. Biden also shattered Barack Obama’s own popular vote totals, really calling into question whether it was not perhaps Biden who pulled Obama across the finish lines in 2008 and 2012.

2. Winning Despite Losing Most Bellwether Counties

Biden is on his way to winning the White House after having lost almost every historic bellwether county across the country. The Wall Street Journal and The Epoch Times independently analyzed the results of 19 counties around the United States that have nearly perfect presidential voting records over the last 40 years. President Trump won every single bellwether county, except Clallam County in Washington.

3. Biden Trailed Clinton Except in a Select Few Cities

As one pollster put it, in those “big cities in swing states run by Democrats…the vote even exceeded the number of registered voters.” In the states that mattered most, so many mail-in ballots poured in for Biden from the cities that he put up record-breaking numbers and overturned state totals that looked like comfortable leads for President Trump.

Randy DeSoto noted in The Western Journal that “Donald Trump was pretty much the only incumbent president in U.S. history to lose his re-election while his own party gained seats in the House of Representatives.” Now that’s a Biden miracle!

In the past, primary vote totals have been remarkably accurate in predicting general election winners. Political analyst David Chapman highlighted before the election…No incumbent who has received 75 percent of the total primary vote has lost re-election. President Trump received 94 percent of the primary vote in 2020.

0 minutes of coverage from the MSM. 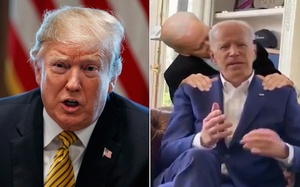 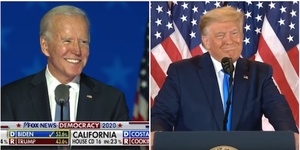 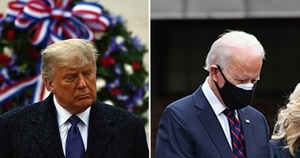 64 thoughts on “Impossible Is Nothing”