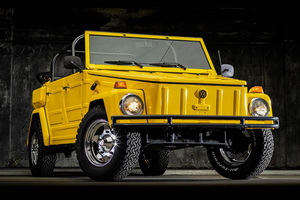 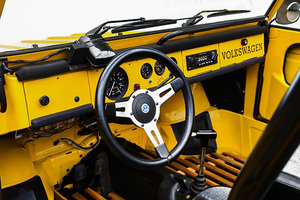 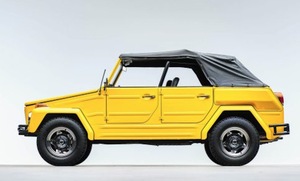 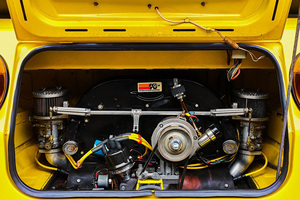 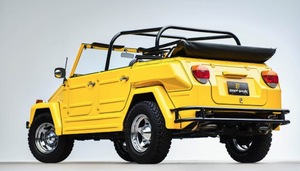 Behold: the 1974 Volkswagen Thing –  originally developed for military use, just under 91,000 of these spartan convertibles were built between 1968 and 1983.

The civilian version – with its four removable doors, clip-off soft top and fold flat windscreen –  was the alfresco driving experience of its day.

This survivor has had a complete overhaul of its 1,776cc flat-four engine and a host of necessary upgrades including disc brakes, racing seats, muffler, roll bar and electronic ignition.