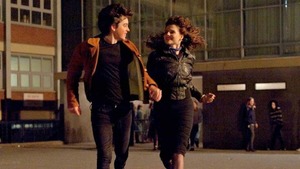 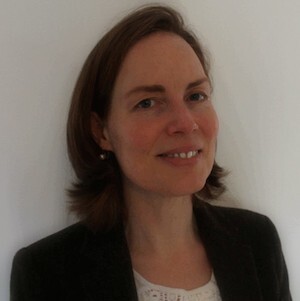 Following the recent revelation by author John Boyne that he was abused as a schoolboy in Terenure College – though not by John McClean – it occurred to me that, all things considered, my cohort had been pretty lucky in emerging from school in the 80s relatively unscathed. And yet, few of us have fond memories of the experience.

Corporal punishment was prohibited in Irish schools in 1982 but it would take a while for the pupil-teacher power dynamic to shift. In primary school, I recall getting the occasional slap of a ruler, which was water off a duck’s back.

We had a teacher whose specialty we called ‘wigging’ involved her sticking a thumb in your mouth and jiggling your cheek. Although mildly disgusting, no one minded because we liked her and she was fair. In secondary school, however, psychological warfare was the punishment of choice. The spectre of getting into trouble hung in the air, leaving us forever on alert.

I remember surprisingly little about secondary school. I had an agreeable group of friends and the highlight of our day was morning break, spent huddled around a radiator drinking cups of watery hot chocolate. It was a co-ed school, with a mix of lay teachers and nuns. Religion featured heavily, which for a sceptic was alienating but not a big deal. It wasn’t as if the notion of God were up for debate.

We spent singing class learning hymns and little else. One day I asked the singing teacher, a tightly coiled nun, if we might veer away from our heavenly repertoire once in a while. This met with stony silence and another rendition of Ár nAthair, atá ar Neamh.

I retaliated, as minions have before and since, by withdrawing my labour and standing mute before her from then on. Since I was no Maria Callas, this can’t have been any great loss. Weeks passed and the teacher called me aside after class one afternoon. She shut the door, stared at me with terrifying intensity and mournfully told me I was giving her a nervous breakdown.

I have no idea if this broke the détente, nor would I condone a middle-aged teacher blaming a 15-year-old for her angst, but it seems to me now that most of the trouble at school was caused by adults in distress of some shape or form.

One nun who chased me around the school for wearing legwarmers – I was a repeat offender, I’m sorry to say – would probably have been a brilliant biologist in another realm. A second, who barked like a sergeant major at recalcitrants going up the down stairway had definitely missed her calling – and indeed later re-joined civilian life. In other words, many of those teachers had lost their way.

A friend refers to her convent boarding school as the gulag. Dead Poets Society, it clearly was not. ‘That was Ireland in the 80s, inspiration was in short supply,’ she says. She describes her school experience as being dragged through the system, and feels most of her teachers were disengaged. ‘What would you expect,’ she asks, ‘they were dragging themselves through their own lives.’

Another friend fared better and describes her private day school as fine with good teachers who were nice. ‘It was a posh, rich school, although no one had money in the 80s. No nuns, thank God,’ she says. ‘Anyone I know who had nuns was scarred for life.’ She feels sorry for the nuns, however, saying they were shunted off to the convent with scant regard for what they wanted in life. ‘At least priests were treated like royalty,’ she adds.

For the sake of gender balance, I poll a couple of fellows too. The first was bullied in a Catholic boy’s school before moving to an inter-denominational co-ed where he thrived. The second went to the Christian Brothers.

‘The 80s was an odd time,’ he says. His school had been founded in or around 1967 when free education was introduced in Ireland. As a result, lots of the brothers, Arts graduates, became teachers by default. ‘We had some psychos but plenty of decent people too. They made full use of threats and sarcasm to keep us in line.’

The Christian Brothers alumnus, while half-joking that he still has issues arising from his time at school, contends that they got some things right. ‘I don’t remember them expelling anyone. No matter what we did, they dealt with it there and then.’

He contrasts that with the situation today where anyone in breach of school policy – ‘whatever is the latest trend’ – gets kicked out. ‘A boy behaving in a sexist way towards a girl can be expelled. We’re talking 14-15 year olds. They’re kids, they don’t know which way is up.’ In the 80s, the school board was generally run by a religious order. They would mete out punishment as they saw fit. ‘These days, you’ll find parents on the board insisting on expulsion. It’s very black and white,’ he says.

As regards other changes, he feels peer bullying was less prevalent back then. ‘It was us versus the teachers, united in our misery. We were less likely to have a go at each other when the teachers were having a go at us,’ he says.

There’s probably no such thing as a typical 80s education – my own sister liked our school so much, she returned there to teach – but conversations on the subject tend to turn up common themes.

Most of us were champing at the bit to get out, and it was a lucky person whose exuberance wasn’t damped down. If Greta Thunberg could time travel, she would have her wings well and truly clipped. Whether or not it has had any long-term effects, possibly, but who can say.

As for John Boyne, I wish him well and hope he can block Terenure College on Twitter lest they get to him first. 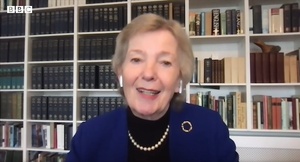