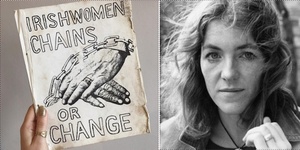 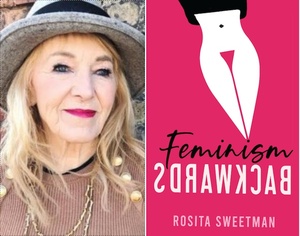 From top: The pamphlet ‘Chains or Change’ (1970), the manifesto of the Irish Women’s Liberation Movement (IWLM); Feminism Backwards (2021) by IWLM founding member Rosita Sweetman (top right in 1970 and above left left today) which re-appraises the pamphlet and details what life was like for women in 1970s Ireland

So today is International Women’s Day, Hurray! it’s also the 50th anniversary of the launching of ‘Chains or Change’ the manifesto of the Irish Women’s Liberation Movement – on the Late Late Show, where in 1971 everything important happened.

My book Feminism Backwards looks at how things were for women – i.e, grim to ghastly. There was no sex education, no contraception, no divorce, rape was legal within marriage and when you did get married you lost your job – lovely!  Thousands of women and their babies were being destroyed in Mother and Baby Homes run by nuns in this little land of Saints and Scholars where you couldn’t buy so much as a bloody condom.

Praise the Lord, and pass the ammunition, as the old American folk song goes, we have evolved.

But tell me the most UNFEMINIST thing you’ve ever done and I’ll send a signed copy of Feminism Backwards to my favourite entry. And a hug. Get thinking now! 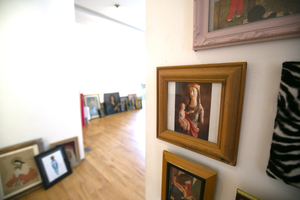