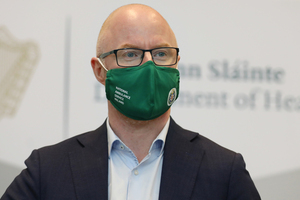 Minister for Health Stephen Donnelly has said the issue with the Covid-19 AstraZeneca vaccine is very frustrating and he said he spoke to the company about his concerns with supply last night.

Speaking on RTÉ’s Morning Ireland, he said the AstraZeneca representative said the company was committed to the total volumes being delivered to Ireland but could not give dates.

AstraZeneca has asked the Biden administration to let it loan American doses to the European Union, where it has fallen short of its original supply commitments. https://t.co/klWjMmnFCU