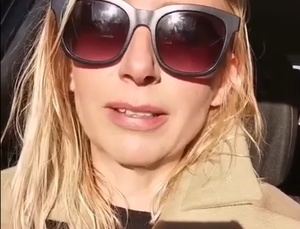 Is the #AislingOLoughlin that is trending, the same one who presented the programme known as Xpose? That rubbish certainly allowed for your brain being out of gear.

Had a look at this Aisling O’Loughlin on insta, why are people actually listening to a washed up journalist? 😂 Oh yeh, the Gemma O’Doherty effect 🙄

Never heard of Aisling O’Loughlin until she was vilified and labeled the new Gemma O’Doherty by the woke Twitter mob.
Just found her.
Cheers! 👍https://t.co/zzjYX7pSE0

TMZ On The Eye

“Give Us The Jab There So”

Do The Shake ‘n’ Vax And Put The Freshness Back