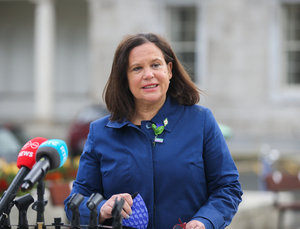 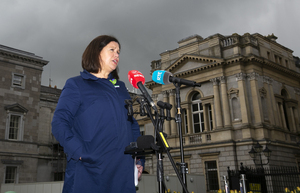 …said loyalist violence has been deliberately planned to stoke up maximum tensions and called on unionist politicians to show “enlightened leadership” and to call off protests planned for this weekend.

Speaking outside to journalists Leinster House Ms McDonald said it is “unacceptable” that unionist leaders in the North have not yet called for further protests planned for this weekend to be cancelled.

“That message needs to come from all of us, but it particularly needs to be heard loud and clear from the leadership of the DUP, from all the unionist political parties and from all of the loyalist organisations,” she said.

“Now is your moment to step forward and in a very unequivocal and very clear and firm way, to say to those who have orchestrated this violence to stop and to call off all of the protests.”

Out Of The Rain

11 thoughts on ““Call Off All Of The Protests””