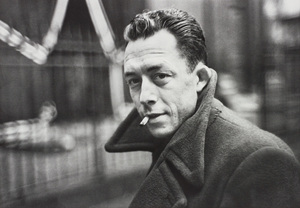 The world is now increasingly being divided between an ever-smaller, dominant, medieval plutocratic class. Between them and the excluded others. Let us call them The Unvaccinated. Only a metaphor, but an important one.

I have written hitherto about how we are descending or reverting to the 1930s in terms of austerity, the rise of fascism and the decline of rational discourse.

Perhaps the most influential text of the 1930’s is Oswald Spengler’s “The Decline of the West” (1926) and the suggestion that much of the blame for the decline of European civilisation could lie on the doorstep of Slavic and ‘degenerate races’.  The prior unvaccinated and impure. The prior degenerate other.

The counterpoint of the argument was that Aryan blue blood, whether Germanic or Anglo Saxon, was the emblem of purity and that the other races corrupted the gene pool. particularly Slavic and Hassidic races. Of course, Spengler influenced Hitler and the snowball of fascism led to the extermination of those undesirable races and the nightmare of the holocaust.

Such matters were hitherto of historic concern and until recently a distant epoch but regrettably this form of Social Darwinism is back in fashion and a new corporatised Shoah of economic liquidation and segmentation, as well as the cartelisation of humanity, beckons, accentuated by Coronavirus.

It will further lead to the demonisation and exclusion of the other and rather than humanise him or her many will not interact with other races and nationalities even in the melting pot. For safety fears, as a result of hysteria or only on specific terms and for specific reasons.

Or rather, all will have to conform to survive, become part of the vaccinated and thus enjoy vaccine data retention tourism. If allowed to travel.

This epidemic will, I predict, only lead to others as the science suggests and in tandem we are facing a depression greater in scope than the 1930s as well as environmental meltdown. In an age of chaos and uncertainty, the power grab of the strongman is evident for all to see.

Intellectual ideas that gain traction are not necessarily good ideas. Social Darwinism and Malthusian ideas are back in vogue. A Gatesian world that thinks in numbers. Where economists and scientists rule.

State authorities and populations are reacting to the present crisis in an overly authoritarian way, either though the direct election of fascists or through an insidious authoritarianism pandering to scaremongering and introducing, through executive action or legislation, an authoritarian creep. The walls are closing in.

We have reverted to what the great Austrian writer Stefan Zweig (who committed suicide as an emigrant from persecution) in his book “The World of Yesterday” (1942)”,  a summary of the 1930s indicated:

“I feel that Europe, in its state of degeneracy has passed its own death sentence.”

And not just Europe.  There is now no haven for the migrant, the dispossessed and the unvaccinated. No shelter from the storm certainly not in Ireland.
.
Albert Camus is now crucial to our time and to the multi-cultural discourse. He was, in origin, a member of the French community in Algeria, doubly despised by the French mainland and by the Islamic majoritarian population in Algeria. He was a Pied-Noir, then, and now, a term of abuse. He had mixed race perspective as do I. and that is the crucial perspective of the outsider.

Camus, of course, was also above all else a product of the enlightenment and the French tradition of letters and reason. A product of Voltaire, with a prose style clipped and epigrammatic, much influenced by Pascal. It is a classic French prose style. Almost ridiculously tight. There is an austerity about it, but also a romantic lyricism born of his mongrel Algerian background. The twinkle was always in this lady’s man’s eyes, as is very evident in the famous picture by Cartier Bresson (at top).

In his writing on Algeria, as in his writings in “The Rebel” (1951) on extremism in the French Revolution, there is distaste for fundamentalism, secular and religious, which then and now is why he is relevant to our time as a cautionary critic of multiculturalism, but also an opponent of extremism such as authoritarian terrorism or state terrorism.

He would have no time for the compulsory imposition of vaccines which the European Court Of Human Rights (ECHR) has now implicitly sanctioned. He would see it as the destruction of freedom. A kind of corporate fascist creep.

It should be stressed in a balanced way that he advocated co-existence between the transplanted French and the native Islamic population and condemned the torture and the death penalty inflicted on the Islamic population by French authorities. Impeccable multiculturalism, but Camus saw clearly that there was going to be a bloodletting in Algeria arising from extremism and he was, of course, right then and indeed now, a new bloodletting is coming.

Those qualities of middle of the road temperance often get run over and railroaded by barbarism, whether fascist or communistic. Pleas for tolerance fall on deaf ears. But that is what is needed: the just man or woman, the legalist in fact, the moderate, the secular humanistic rationalist. The voice of courage and independence, the espousal of absolute human rights against the nonsense of relativism. The secular humanist intellect.

Edward Said, who criticised Camus, is, of course, the great intellect of anti-imperialism of recent vintage. He analyses, in his crucial texts Culture and Imperialism (1993) and Orientalism (1978), how the mission statement of an imperialist agenda is to civilise barbaric races and impose imperial subjection if necessary, by terror and barbarism.

He analyses texts such as Graham Greene’s The Quiet American (1955) and Naipaul’s Bend in the River (1979) to demonstrate how agents of imperialism work and how it morphs into murder, subversion, and the endless instabilities of so-called primitive societies. In a dispassionate way he also attacks virulent nationalism and tribalism. hallmarks of our age.

In a crucial passage at Page 22 of Culture and Imperialism he points out that:

This perspective is crucial to our age, but now the logic of exclusion is international. Or as psychiatrist  Fritz Fanon put it:

“The Colonial world is a world cut in two.”

Now the entire world. Divided up, cut up and broken into fragments.

The classic colonial text is of course Hearts of Darkness (1899) by Conrad and the central character of the mad Kurtz where the civilising mission turns into barbarism and murder which Coppola recycles into his indictment of the American civilising mission in Vietnam with Brando doing his star turn as Kurtz in Apocalypse Now (1979).

Colonialism also caricatured the myth of the lazy native. Like the infamous Punch cartoons of the Irish at the end of the 19th century.

In The Wretched of the Earth (1961), Fanon is very insightful on degenerate essences and the portal of outsiders as degenerates, but his famous insight of how the wretched of the earth must pay the debts of the occupying powers is now the international model of austerity. Where vast sectors of even the developed world are now easy picking for a corporate colonialism emanating from transnational law firms, corporations and endorsed by governmental and inter-governmental entities such as the EU.

At Page 152 Fanon argues that:

“The people’s property and the people’s sovereignty are to be stripped from them.”

Well, that remark now applies to everybody of all nations. Fanon also demonstrates how mental illness; neurosis and de realisation are aspects of post-colonial subjugation or of austerity which coronavirus will now augment.

Both Fanon and Said have little hope as they internalise the norms of the state and in our Ted Talk universe sing for their supper. More likely they are bought and packaged. Or sponsored by Mr Gates or The Ford Foundation.

When the Black Death came to Europe in the 14th century, cities and towns shut themselves to outsiders – and assaulted, banished and killed “undesirable” people, mostly Jews. There has been a tsunami of racist taunts even in the UK recently and the status of non-nationals increasingly precarious. In fact, in a propagandistic way, the virus has been linked with multiculturalism.

“We are fighting a two-front war: one front is called migration, and the other one belongs to the corona virus. There is a logical connection between the two, as both spread with movement.”

Britain still is probably the last place that there will be rivers of blood and there are still residues of the qualities Camus espoused and that are desperately needed: rationality, rigour, tolerance, humanism.

But it is not just European civilisation that is falling apart. The wretched of the earth is the earth, as I have intimated. The insights of the post-colonial academics such as Fanon and Said gave a partial glimpse. Everybody is now in the same boat.

And now the vaccine passports to potentially monitor data and those who do not take the jab,  outsiders restricted in movement, will be confined to quarters in coronavirus panopticon.

But why should people consent, say, to the demonstrably unsafe Astra Zeneca vaccine and why are we having this dialogue anyway? Well, dummy, many want the world divided into their safe spaces and to be excluded from the others.

The unvaccinated is a metaphor for our time. Minds and borders are closing when they should be opening.