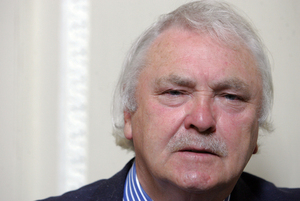 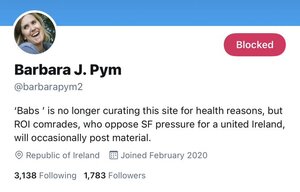 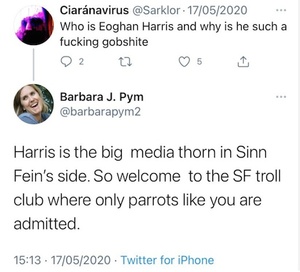 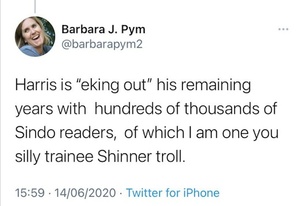 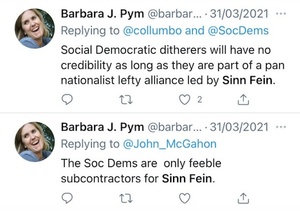 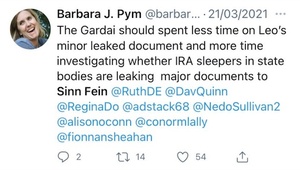 “This account was set up in February 2020 under the name of Barbara J Pym, mostly posting tweets about aspects of Irish politics.

“Many of the views expressed – such as opposition to ‘Sinn Féin pressure for a united Ireland’ are in keeping with those articulated by Eoghan Harris in his Sunday Independent column.

“Eoghan has accepted that he was one of the founders of the account. He has also stated to me that he was ‘one of a group of people that contributed to a Barbara Pym entity’.

“Having reviewed the account this week I found it frequently went far beyond what I would describe as fair and reasonable comment. Under no circumstances would such material have been published in our newspaper or on Independent.ie.

“We regard Eoghan Harris’s involvement with this account as a betrayal of trust and as such his contract has been terminated.

“Eoghan has been synonymous with the Sunday Independent for two decades and has been one of its sharpest and most distinctive opinion writers. While we have sometimes had our differences, I have also enjoyed working with one of the most unique voices in Irish public discourse.”

Alan English , editor of The Sunday Independent this evening.

Or not harsh enough?

This account sent me sexualised messages about whether Mary Lou McDonald “turned me on”, the size of my arse and called me a terrorist from the month I started at the Examiner. Since then, I’ve had to go to counselling and the guards. https://t.co/aueLtHkg80

Re Eoghan Harris, I’ve set out my position here and will have more to say on Sunday. I had the pleasure of meeting Aoife Moore this week, when she spoke about her outstanding work on Golfgate. Attacks on her by the Barbara J Pym account were contemptible
https://t.co/PIG4lQQvFZ

55 thoughts on “Out Of The Mouth Of Babs”